Undercover Boss participant finally gets punched in the face

A CORPORATE CEO taking part in the TV series where bosses spy on their workers has been punched very hard in his richly-deserving face.

In the morally confused show, an executive gains the confidence of their employees by pretending to be a fellow poor person, then spies on them for a bit while it is recorded for the telly.

43-year-old Hobbs had ingratiated himself with diligent maintenance man Stephen Malley, and had planned to congratulate him on stirring toilets for six quid an hour with the desultory gift of a free trip to Thorpe Park with as many Chupa Chups as he could eat.

He then hit Hobbs in the face, knocking him over the back of a chair. Hobbs’s head hit a glass wall on the way down, prompting momentary concern that he might have been killed.

Lying on the flood covered in blood, Hobbs croaked that he was going to offer Malley a free trip to Thorpe Park.

Malley replied: “You can stick it up your fucking arse, you scumbag.”

Undercover Boss’s team of editors are currently working around the clock to salvage an emotionally-uplifting story from the resulting footage.

Editor Tom Logan said: “We may just have to cut the end scene altogether and just splice in a picture of some nice puppies in a meadow.

“It’ll be a bit out of context but still, they are very cute puppies.” 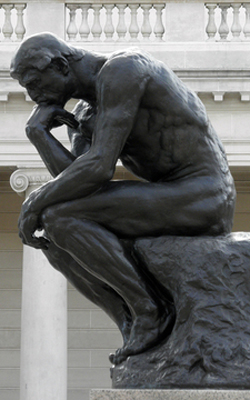 THE Football Association has appointed a coach to train players in basic brain use, including moral decisions.

Psychology professor Julian Cook believes thinking could prevent players doing unbelievably stupid things, particularly with relation to racism or getting their friends to film them having sex.

Professor Cook said: Many footballers lack brain skills, which is why they often own 20 identical Bentleys and find golf fascinating.

Non-thinking is also clearly the cause of more harmless but nonetheless idiotic behaviour, such as David Beckham deciding to model himself on a Wild West gold prospector.

Professor Cooks techniques include teaching players to count to 10 before punching someone for looking at them in a nightclub, and prostitute aversion therapy.

He said: I present the players with a grotesque dummy of a middle-aged prostitute which is wired to the mains to give a painful electric shock to the genitals.

Yesterday Wayne Rooney made 146 painful attempts to mount the dummy before shouting Fuck! and running off to headbutt a cupboard.

Professor Cook reported success with his anti-racism workshops, with 23% of players now realising that calling someone a black bastard could be construed as racist.

He said: “Hopefully I have equipped them to deal with challenging intellectual quandaries, such as whether or not to gob on a referee.”