ARGUING about which decade produced the best music? The answer’s obvious – the one when you were young. The rest were shit. Here’s how to dismiss them all out of hand.

Totally overrated. What about toss like Ob-La-Di Ob-La-Da? Do it with cheesy synths and it’s a Black Lace novelty reggae tune. There were the more edgy Rolling Stones, but no amount of Gimme Shelters can stop Jagger being King of the Wankers. And that’s before you get onto the terrible one-hit wonders that were the Star Trekkin’s of their time, eg. Tiptoe Through the Tulips by Tiny Tim.

The decade everyone’s mum liked and a living hell if you didn’t like disco. Too much disco was probably why ABBA all got divorced and didn’t release any music for 40 years. Or there were the Bee Gees. They wouldn’t shut up about doing it with ladies, but imagine shagging one of those hairy-chested, squeaky-voiced, medallion-wearing ponces. Ew.

This decade also produced prog rock, perfect for pretentious twats who like a good mandolin solo, and punk. For the handful of decent tunes by the Pistols and Clash there was a mountain of rubbish. Try listening to a whole album by The Slits. See if you’ve got the stamina.

Springsteen, Elvis Costello, The Specials, Blondie – all excellent. Now let’s look at the dark musical underbelly of the 80s. And it wasn’t just Rat Rapping by Roland Rat.

The UK’s best-selling artist of the decade was Shakin’ Stevens. And the charts were always full of cheesy, sexually retarded heavy metal. Motley Crue, Poison and Van Halen, this was your decade too. And that was the cream of the crop – all manner of bad metal thrived, right down to Krokus with songs like Long Stick Goes Boom.

It was also the decade Michael Jackson exploded. Not literally, that wouldn’t have been a bad thing. Of course the public didn’t know about the paedophilia, but was he actually that good? A few tight, funky pop classics, and a lot of toe-curling crap like Smooth Criminal.

Great for rap fans. And British teenage boys with laughable fantasies about being a gangster in, er, Dorking. But let’s not forget the girl and boy bands. Take That, Westlife, S Club 7 and, of course, the Spice Girls and their ‘Girl Power’ brain rot. Still, the Spices did do 2 Become 1, the only the only Christmas number one about penetrative sex. It was crap, obviously, but it’s an interesting factoid.

For music fans who were old enough to have sex legally, there was Britpop. If you can be arsed to recall the dreary hype and rivalry, you’re clearly a very sad individual, or Noel Gallagher. Britpop now feels like an ancient doomed civilisation, maybe Pompeii. All that remains is CDs, cluttering up parents’ houses until your dad finally gets off his arse and takes Suede by Suede to the tip with that broken ironing board.

You can win any argument about the 00s being shit with two words: ‘nu metal’. Although you might want to add ‘emo’ for good measure. It’s actually remarkable mankind didn’t give up on music at this point – switch on the radio and Limp Bizkit would blast out, followed by Toploader and, as a special treat, some Dido or David Gray.

Not to forget all the pop princesses too. Britney Spears was massive, along with Christina Aguilera and to a lesser extent Pink, and to an even lesser extent Anastacia. If you weren’t into that, you could f**k off. The saving grace of the decade was the Black Eyed Peas, who no one could see on TV without thinking: ‘Thank God I’m not as much of a twat as them.’

No one is actually sure what the music of the 2010s was, because downloads had replaced Top of the Pops. Bland or annoying seem to have been the dominant themes. On the annoying side there was Miley Cyrus, whose publicity juggernaut was based mainly on licking things.

In the ‘bland’ corner was overwrought emotional disaster area Adele, maintaining the tradition of mega-selling weepie tunes popular among women who don’t own much music. And surprisingly successful were Mumford & Sons. Maybe for music listeners it was like finding a glass of piss in the Sahara, and going, ‘Mmm! This tastes GREAT!’

That song by Lorde was alright though. What a time to be alive.

How to give a shit about a photo of some kid 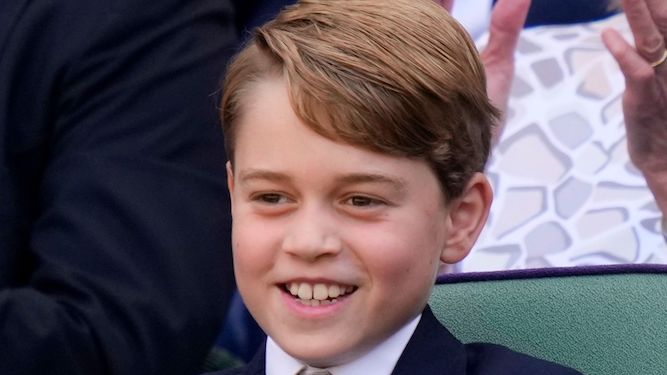 STRUGGLING to care about the official birthday portrait of Prince George? Learn how to give a toss with these tips.

That youthful, grinning face will be on coins and stamps one day. Even if you’re a rational-minded person who couldn’t give a f**k about the monarchy, you have to appreciate that’s pretty significant. Best to play it safe too. If he finds out you’ve been talking shit about him, he might come after you when he’s on the throne. He can still have you stretched on the rack, probably.

Pretend you know him personally

It’s borderline impossible to care about a photo of a stranger who’s done nothing and you’ll never meet. Rectify this by making up a backstory where you’re good mates who’ve shared lots of laughs and scrapes together. That’s not Prince George turning nine, it’s the G-man who you went scrumping with during lockdown. Kid’s a total mad lad.

Lower your IQ a bit

The monarchy, like religion, is the opiate of the masses. Specifically, the dumb masses. Sink to their level by getting kicked in the head by a horse or leafing through the Sun. In no time at all your IQ will have sunk low enough to find a dull picture of a boy in a blue polo neck absolutely fascinating.

Think back to your own ninth birthday

Remember how excited you used to get before your birthday? The excited, sleepless nights? The yearning for a present you’d been begging for? Take those fond memories then try to project them onto Prince George. That’s unless your ninth birthday was a crushing disappointment, in which case don’t bother. He doesn’t need your best wishes anyway, you’re a cockroach to him.

Don’t forget he’s an innocent pawn in all this

It’s easy to mock the media circus surrounding the royal family, but don’t forget Prince George is a mere nine-year-old who didn’t ask for any of this. A lifetime of scandals and blunders might lie ahead of him, but for now let him enjoy his last year of single digits. Or at the very least begrudgingly tolerate it. He’ll soon be hounded by the press over totally unremarkable activities, like drinking a beer at a party. Shocking stuff.