Wild, free-spirited festival lets you do anything except bring in beer

A MUSIC festival has invited punters to do whatever they like except bring in their own alcohol.

A spokesman said: “We want you to be wild and free, to dress outrageously and do whatever crazy primal things you care to think of, as long as you don’t bring in any alcohol.

“Because we will take it off you.”

Ticketholders were reminded that a condition of being wild and free is that they submit to extensive security searches including sniffer dogs, backpack checks and having someone with a torch look through their car boot.

“But apart from not bringing in any beer you can dance like a banshee to Gogol Bordello and do exactly whatever you want, except pitching your tent wherever there is a red flag, or going in the VIP area or the banqueting tent without a special wristband.

“And you have to fuck off by 11am Monday because the organiser wants their ancestral home back.” 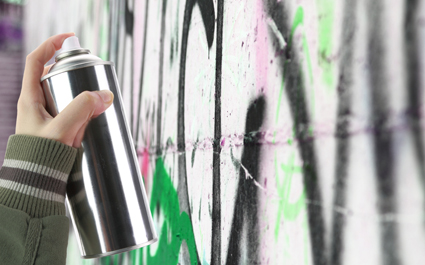 ED Miliband’s pledge tablet has been made available to anyone wanting to try their hand at obscene graffiti.

The so-called ‘Milistone’ has already been daubed with numerous penis drawings and slogans including ‘Milibellend’ and ‘a f**k-up of BIBLICAL proportions’.

David Cameron said: “Despite utterly crushing him in the election, I want to graciously acknowledge Ed’s lasting contribution to British politics by displaying the Milistone in the park opposite his house and inviting interested parties to draw cocks on it.

“You can write whatever, there are no boundaries. Be as dark as you like.”

Michael Gove has already decorated the tablet with smug, self-conscious Latin obscenities, while members of the public have opted for more generic phrases including ‘tits are lush’ and ‘Martin is a bender’.