A MUSIC fan has finally admitted that jazz is bad.

Jane Thompson said that despite owning over 3,000 albums spanning genres from ‘electro-bongo’ to ‘Peruvian be-bop’, she has struggled to find a single recording of jazz that did not make her angry.

Thompson said: “I worried that I was musically thick and that’s why I didn’t get the apparently-random squeaks and farts. I tried smoking weed but that just made the jazz physically painful.

“After a fourth attempt to get all the way through Bitches Brew I had an epiphany that I didn’t need this in my life. I’m finally at peace with the fact that it’s rancid.”

She added: “I celebrated by putting on a few Beatles albums, with tunes and songs under three minutes and no-one doing solos just because they can. It was all brilliant, apart from the White Album.”

Thompson now runs a course for people coming to terms with jazz deafness, which attempts to shift the blame from the listener to the performer. 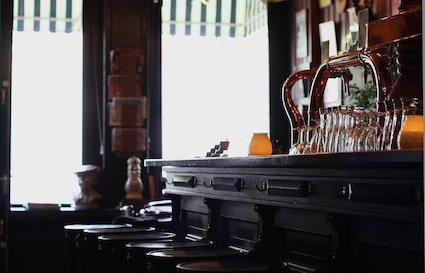 BRITAIN’S public houses will be functionally unbearable by 2022, it has been revealed.

Amid plans to ban smoking in the same postcode as pubs, many patrons have admitted defeat and vowed to convert their children’s bedroom into a boisterous tavern.

Drinker Wayne Hayes said: “I can’t smoke in my local boozer and thanks to aggressive taxation and the rise of ‘craft beer’ I can’t drink there any more, either. The kids can go to bed at midnight after I’ve called last orders and cleaned the ashtrays.

“It’s like I’ve been very, very slowly barred from my pub by the process of making it even more unbearable than spending the night at home.”

Calls for the ban came after a woman in Carlisle caught the faint, delicious whiff of a Marlboro Light whilst devouring a roast dinner in a beer garden last Sunday.

Nikki Hollis, a nightmare, said: “If you don’t mind, I’m trying to eat a 2,000-calorie meal the size of a Somalian while washing it down with enough Pinot Grigio to float a canoe. These wisps of smoke could kill me.”

Hayes added: “I assume pubs will still be allowed to fill their beer gardens with braying, obnoxious arsewits?”