YAHOO News has won journalisms most prestigious award for its coverage of cats that resemble celebrities.

Journalist Stephen Malley said: Winning the Pulitzer is every journalists dream, whether youre writing about Watergate or cats that have Miley Cyrus’s head shape.

This prize is for all the cats who made the story possible, especially the one with spiky fur who sort of looks like Johnny Depp, which I dubbed Edward Scissorpaws.

And of course Id like to thank all the loyal Yahoo News readers who idly clicked on the story because it was the most colorful link on a page.”

Malley admitted the success of the cat lookalikes story would be difficult to replicate, but that he was currently working on a story provisionally titled This skydivers parachute got tangled at 12,000 feet! What happened next?

If Woodward and Bernstein were still working in investigative journalism, Im sure theyd be leaving no stone unturned in their quest for cats who looked like Richard Nixon. 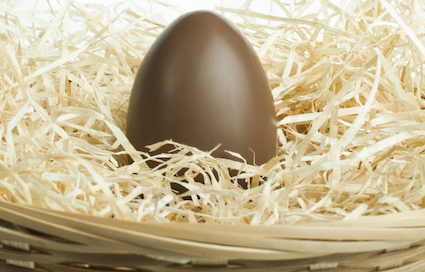 HIPPY parents will be giving their children drab, joyless dairy-free Easter eggs again this year, it has been confirmed.

Mother-of-two Emma Bradford said: “Despite their pleading, I don’t want my children being indoctrinated by the corporate chocolate behemoth.

“A Crunchie bar is a chocolate-covered phallic symbol laden with carcinogens, while I’ve read on parenting forums that Cadbury’s Creme Eggs are the product of grotesque genetic engineering where fondant is injected into hens.

“I shall be visiting my local independent wholefoods store and getting two NatureForest Gluten-Free Carob Ovals. Or maybe some Earth’s Way Non-Denominational Mini Planets.

“They come in tasteful packaging with pastoral imagery and cost about twenty pounds each, not that you can put a price on being a good person.”