APPLE has denied that the Apple Watch ever existed.

The unpopular wrist-computer, also known as the iWatch or Crapple Watch, combined time-telling functions with the ability to display emails on a really tiny screen.

However Apple CEO Tim Cook said it was a hoax: “You may have read some stuff online about a type of watch gadget but clearly we would never do anything like that.

“I mean, we’re Apple, we’re mates with rappers and we do cool futuristic computer stuff, not some lame thing that looks like it came out of an upmarket Christmas cracker in 1992.

“This is a prime example of what I believe they are now calling ‘fake news’.”

However sales executive Roy Hobbs claims to own an Apple Watch. He said: “I bought it from the Apple shop – sorry, ‘store’ – there’s no way it’s fake.

“It shows when my heart is beating fast which is really useful, because there’s otherwise no way I would know things like that.”

Tim Cook added: “I repeat, there is no way we would ever dick about with something so ridiculous. Guys, let’s not even talk about it any more.”

Brexiter still a loser in the more general sense 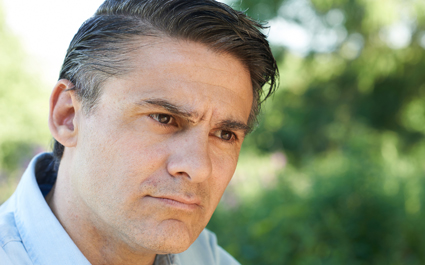 A VICTORIOUS Brexiter is still something of a loser in the overall sense, it has emerged.

Although 42-year-old Wayne Hayes is pleased that Article 50 will be triggered next week, his argumentative nature means that he lives alone in a dingy ‘studio flat’ and has microwave meals for his dinner most nights.

Hayes’s sister Emma Bradford said: “Although I voted Remain, I was actually slightly pleased when the Leavers won because it’s nice that something finally worked out for Wayne.

“Deep down he’s not a bad guy but hasn’t ever been the same since his childhood sweetheart left him for the town bully.

“Clearly he should let go of that anger and frustration rather than channelling it into an irrational loathing of the French, but nobody’s perfect.”

Hayes said: “Victory tastes so sweet, almost as sweet as the ‘Lidl 1 x Microwave Beef Meal with Gravy’ I’m having for my tea tonight.

“Because that’s how you roll when you’re a winner.”