APPLE’S diehard fans are queuing outside the company’s stores eager to snap-up the latest beautifully designed way of avoiding tax.

The device, unveiled during an expertly stage-managed Senate hearing in Washington DC yesterday, combines Apple’s iOS platform with an accountant who is a total and utter shit.

Chief executive Tim Cook said the new system was incredibly powerful, allowing massive companies to be avoiding tax within 10 seconds of switching it on.

He added: “This is all about the simplicity of the Cloud. For instance, you can put your profits in the Cloud and then put the Cloud in the Cayman Islands.”

Cook said Apple’s accountants had been inspired by legendary chief designer Sir Jonathan Ive and had developed a sleek, streamlined system that can make it look as if Sir Jonathan Ive does not actually exist.

Apple accountant Martin Bishop said: “We can use the device to make any multinational company look like a particularly unsuccessful part-time handy man.

Cook said the scheme would be available from Apple stores from midnight tonight and will cost 20 million pounds and ninety-nine pence .

Stephen Hawking: Why I refused to DJ in Tel Aviv 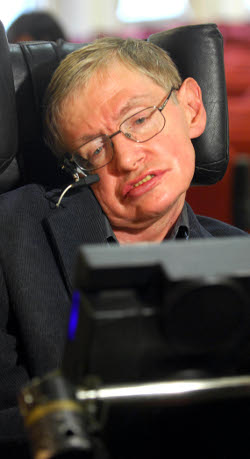 I must admit being flattered when I got the call asking me to spin in Tel Aviv last weekend.

Carl Craig had thrown one of his famous techno strops and they needed someone with an understanding of complex time signatures.

Then, bang on cue, I get the text from Chomsky. I never even open them anymore, I just respond TL, DR. But this time, he immediately texted back using only the punctuation from the previous message: 45 semi colons, a sad face and a question mark. I called BA: “Cancel my flight, immediately,” I said, “Chomsky’s serious this time. It must be something big.”

Moments later, he burst through the door and slapped me hard across the face. “I thought we agreed we’d never drop another needle in Israel!” he screamed. This was true. But it had been twenty years since we were last billed together in the Holy Land and I thought he might have forgotten.

It had been a pumping night: Chomsky took to the decks and opened with Grandmaster Flash, as per. Then I dropped Herbie Hancock’s Rocket which is a killer track and also a wry political statement. But then someone spilled a rum and coke onto my speech synth, so ‘Let’s ‘ave it!’ was all it would say. We had a joint early morning lecture at the Israel Institute of Technology the next day and barely escaped with our reputations intact.

Chomsky yelled: “If you go through with this, one day soon you’ll look up and you’ll be sitting poolside at the Damascus Hilton with no one but Dennis Rodman and Geri Halliwell. Do you want to be that guy?”

I explained that my beats transcend politics but Chomsky reared up, pointed at me and hissed “Ignoratio elenchi!” I hate it when he goes all Harry Potter.

But then I realised the gig clashed with Eurovision. That crafty devil hates to admit that it’s his favourite entertainment event of the year. I let him have his moment. Better him pulling this shit here than in some kebab shop in Ramallah.