Paul Scholes, Jamie Carragher and Michael Owen, headed by their craggy-faced boss who only appears to them on a closed-circuit TV monitor, use their skills of logical deduction and kicking to solve high-profile cases.

Carragher said: Its early days yet but I’ve noticed my role involves a lot of tea-making and nipping to the offie for the boss, while the other lads drive around in fast cars wearing fancy outfits.

Hes promised me its not a United/Liverpool thing but their agent names are Red Fox and Silver Shadow and mine is Gobshite.

Their first case involved diamond thieves prowling diplomats’ receptions, which Owen attended in a tuxedo talking about his goal against Argentina while Scholes ran around kicking anyone who looked suspicious.

Carragher, meanwhile, sat in the van to keep an eye on it.

The culprit was revealed to be David Beckham, whose entire career has actually been a cover to travel around the globe lifting jewels to support his wifes voracious shoe habit.

‘Fergies Angels’ merchandise has been produced to finance the operation but manufacturers are struggling with a voice for the Carragher doll that doesnt upset nearby dogs or set off burglar alarms.

Carragher added: After a successful mission, the lads sit around on the verandah laughing and sipping champagne while the boss calls on the intercom to call me a useless bag of dick. 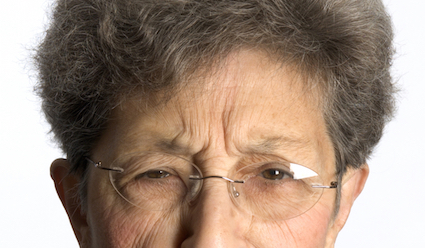 PATIENTS have asked doctors’ receptionists if they can please stop looking at them like that.

26-year-old Emma Bradford said: “I’ve got a rash on my leg so I tried to get an appointment for this week because it’s really itchy.

“But the woman on the desk with glasses – there’s always one with glasses and one without – just raised one eyebrow as if to say ‘You made your vagina into a parking bay for sailors’ cocks and now you expect us to help you’.

“She made me so paranoid that I said out loud ‘I am not a whore!’ and everyone stared at me. Why can’t they just be nice?”

Father-of-two Roy Hobbs said: “I requested an emergency appointment and I swear the receptionist muttered under her breath, ‘Why, did the dog eat all your Methadone?’

“I couldn’t hear clearly because her head was obscured behind one of those massive old Dell computers they have just because they look intimidating.”

“Plus the ones that aren’t sick are bored idiots who treat this waiting room like it’s a particularly depressing branch of Costa.

“I imagine your milk of human kindness has now evaporated.”