GRAND Designs presenter Kevin McCloud lives on an estate called The Glades, it has emerged.

McCloud’s red-brick semi is officially Number 24 but has a nameplate describing it as The Haven.

The structure is otherwise identical to the rest of the homes in the cul-de-sac, although as McCloud tells first-time visitors ‘it’s the one with the floral print wheelie bin’.

McCloud’s cleaner Mary Fisher said: “Kevin’s got a triptych of canvas-effect prints of snowy woodland in his living room, above his black leather DFS recliner.

“The centrepiece however is a flatscreen telly with massive speakers that he got off Gumtree.

“The floors are laminate but he absolutely freaks out if you come in with your shoes on.

“The downstairs toilet features a pop-art style picture of the Minis from The Italian Job and a stocking filler comedy book of golfing anecdotes. The soap is lots of little bits of old soap stuck together in one big lump.

“Kevin’s duvet has got pictures of parrots on it.”

It was me that called them swivel-eyed loons, says Cameron 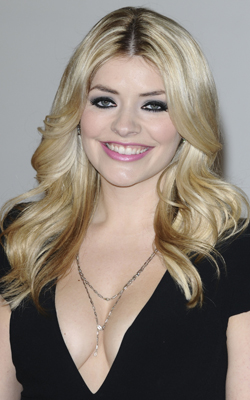 DAVID Cameron has admitted that he is the senior Tory who called activists ‘swivel-eyed loons’.

Confirming that he ‘hates every last fucking one of them’, the prime minister said he now wished he had chosen a different career.

Speaking to ITV’s This Morning, he said: “I actually called them ‘swivel-eyed motherfuckers with brains full of goat piss’.

“The Telegraph changed it to ‘loons’ because Telegraph readers are the sort of people who get terribly offended at the word ‘motherfuckers’.”

Grabbing Holly Willoughby by the wrist, he said: “You want to try sounding sympathetic while they spout their endless, shit-filled opinions about Europe and gay marriage.

“Don’t get me wrong, I’m not some fanny-arsed liberal, but fuck me if these people haven’t escaped from somewhere.

“If I thought I could get away with it I’d push them off a fucking cliff.”

Looking into the camera, the prime minister continued: “Go and join UKIP then, you bunch of mouth-breathing dipshits. Try and out crazy each other until you fall to the ground, writhing and speaking in tongues like some mental, Southern Baptist weirdo.”

Cameron said he was now thinking about returning to his previous career of doing PR for a television company, insisting that ‘some of the programmes might be quite good’.

He added: “I really just wanted to be Tony Blair. Does that make me a bad person?”