Bank of England doesn’t know how to raise interest rates

THE governor of the Bank of England has admitted they could not raise interest rates even if they wanted to.

Mark Carney said everyone who knew how the interest rate machine works has been made redundant and they have lost the instructions.

He continued: “There’s this massive old-fashioned brass computer with all kinds of dials and switches, and the last time we tried to get it going Eddie George lost three fingers.

“All we’ve got to go on are some handwritten notes saying stuff like ‘Charge inflation tanks before relaxing fiscal bladder IMPORTANT’ and ‘Ensure full liquidity in bond valves with right-angled dipstick’.”

Technicians actually thought they had got the machine working a few months ago, but it turned out they had merely reactivated the Exchange Rate Mechanism which had been disused since the mid-90s.

Carney said an attempt to build a new electronic interest rate machine was abandoned after the IT contractors, ‘just took the money and fucked off’. 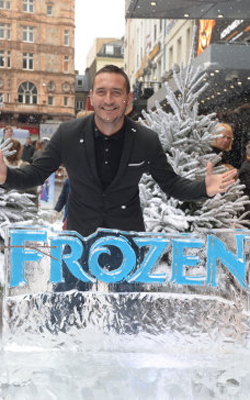 UK CITIZENS who have not seen Disney animation Frozen are to be forced to watch it or face imprisonment.

Letters sent out yesterday give everyone a time and cinema at which to enjoy the hit animated musical. Those refusing to attend face up to twelve years in jail.

Home Secretary Theresa May said: “It is an absolute outrage that some members of our society think they don’t have to learn the words to Let It Go just because they are childless adults.

It is every citizens duty to watch this film, have a conversation with a child about it and decide which sister they most identify with, within the next 72 hours.

The screenings, which will go on through the night, will be immediately followed by a second set of screenings so that everyone has seen the film twice.

Viewing Frozen a third time is not mandatory, but those failing to do so will have their passports confiscated.

It is the largest initiative of its kind since the compulsory Titanic screenings of 1997, which people were forced to watch until they understood that love is timeless and transcends social boundaries.

Eleanor Shaw of Luton said: The snowmans not funny, the songs are screechy, and theres no talking candlesticks or farting warthogs.