BANKS in the UK were fucked yesterday, after a landmark court ruling. 'Have you heard how fucked the banks are?'

A High Court judge said the Office of Fair Trading can now take a good, long run-up at the banks and fuck them into the middle of next week.

Coming hard on the heels of the sub-prime loan crisis, the industry is now bracing itself for a shafting of absolutely humongous proportions.

Mr Justice Smith stressed his judgement did not necessarily mean the banks deserved to be fucked, but warned that a comprehensive humping was all but inevitable.

Julian Cook, an analyst at Donnelly-McPartlin, said: "Remember that bit in Raiders of the Lost Ark when the big, baldy German guy is punching Indiana Jones and then turns round to see the propellers coming straight towards him? That's how fucked they are."

Meanwhile, millions of account holders are looking forward to playing their part in fucking the banks.

Tom Logan, a sales executive from Lincoln, said: "They've been charging me £35 every time I go 20p overdrawn and then using my money to buy peice-of-shit American mortgages.

"There are simply no words to describe how much I am going to enjoy fucking them."

Bank chief executives last night demanded an urgent meeting with the chancellor to ask if there is anything he can do to prevent the imminent fuck-fest.

A Treasury spokesman said: "Holy shit, they're even more fucked than us."

One In Four Teens Pretending To Be Depressed 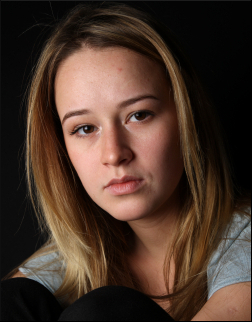 ONE in four teenagers is in a really bad place right now which is making them, like, incredibly sad and stuff, a new study reveals. Nobody understands them, and adults all treat them like kids even though they are way more grown-up than they were at this age, and all do sex and drugs and everything.

It is also really unfair to have to come home from the party at midnight, and so embarrassing to get picked up from the door, and not from around the corner like was said earlier.

"My friend Claire said they were in there for ages, and when they came out, his flies were all buttoned wrong, and the stupid cow had her skirt in her knickers.

"Apparently she's insisting nothing happened, but my gay friend Geoff says it's all over the men’s toilets."

Chris Cooper, a gap year student, said he was sure he had a spot coming on the end of his nose and that he wanted to kill himself.

He said: "I’m going to work in an African village next week and I look like a walking traffic light. It’s the worse thing that could ever happen to anyone, ever."

However, leading youth psychologist Henry Brubaker said: "It’s true, the world really does revolve around you, you snivelling bag of self-pitying hormonal tossers."