THE billionaire Barclay twins are to move their private island from the Channel Islands to the Maldives due to a combination of being in a huff and tax reasons.

Sir David and Sir Frederick secretly moved the SS Brecqhou, their gigantic island-shaped boat, to the English Channel in 1993 and then paid to have all the maps changed so everyone would think it was a real place.

Their latest move comes after the inhabitants of nearby Sark rejected the twins' plan to hollow out the centre of the island, in favour of capturing a virgin policeman and burning him to death inside a giant wicker cage.

A spokesman said: "They considered the Blofeld option of just killing everyone, but instead decided to lift anchor and steam for the Maldives."

He added: "Once there they intend to negotiate with the local population by poisoning them and then showing them the antidote."

According to their official biographer the brothers were mysteriously born on the same day in 1934. They made their fortune in the 1960s by kidnapping children and turning them into soap and garden ornaments.

They eventually settled in the Channel Islands attracted by its temperate climate, beneficial corporate tax regime and the breeding capabilities of its chunky women.

For the last 15 years the Barclays have mated local teenage girls with pigs and wolves to create a new type of pepper salami, exclusively for Waitrose. 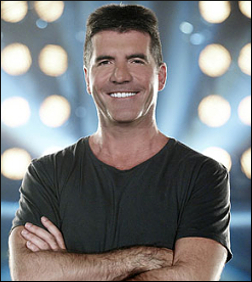 ALEXANDRA Burke will this morning begin a glamorous new life of cover versions, Heat magazine stories about her fat eyelids and being offered £250 to open the Macclesfield Glen retail and leisure park.

Now agents, magazine editors and property developers are clamouring for her signature as she embarks on a glittering showbiz career expected to last about seven and a half weeks.

Her first single, destined to be the Christmas number one in both Britain and Azerbaijan, will be a cover version of Leonard Cohen's That Song They Play When Someone Dies in a Television Programme.

Burke, described by Cherly Cole as an 'angel-voiced angel with the voice of an angel', has already signed a multi-hundred pound deal to perform the official closing ceremony at more than 200 branches of Woolworths, as long as they throw in a tortilla wrap and a raspberry smoothie.

Last night her defeated opponents, boy band JSL, were being broken up and used for soup, while Egoggegan the Bouncing Leprechaun has been signed-up by impresario Louis Walsh who will parade him around Ireland in a cage.

Walsh has built a multi-million pound fortune touring the rural fairgrounds of the Emerald Isle with legendary acts such as Upside Down O'Reilly, the Flying Flannagans and Westlife, the gay babies of Boyzone and Take That.