BBC licence to be replaced by Poldark stud fees

THE BBC’s new funding plan is based on hiring out Poldark for breeding purposes.

The corporation admitted the licence fee is outdated, but stressed that handsome swarthy babies will never go out of fashion and you could have one for a ‘low six-figure fee’.

A spokesman said: “He is our prize bull. We have a Poldark insemination pen built by one of the vets off Countryfile.

“If this works we have a lot of other hot actors to use as breeding stock, including those who fucked off to ITV without reading the small print.”

Office manager Helen Archer said: “I would love a little Poldark baby and my husband is fine as we could lease it out for costume dramas.

“I would want the service to include 10 minutes’ of chit chat about a topical news story.” 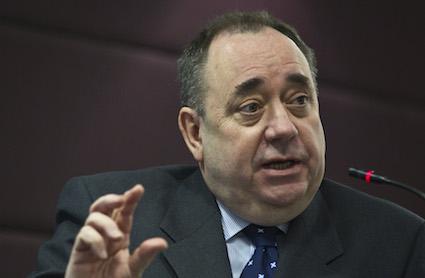 THE Scottish National Party is on course to win a majority of seats across England.

Salmond told the New Statesman: “Guildford is a certainty. Our candidate Margaret Gerving has never been to Scotland but assures me that I’m the most impressive person she’s ever met.

“We’ll take most of the seats in Devon. They like me in Devon. I met a woman there last week who was crying and so I put her gently in a headlock until she stopped.

“I was then carried through the streets of Tiverton before being installed at a boutique B&B where the prettiest girl in town helped me take a bath.”

Salmond said the SNP would win 300 English seats, 1200 Scottish seats and more than 40 seats in Bulgaria, forcing David Cameron and the Conservative Party to flee to Norway.

He added: “If the Norwegians offer them sanctuary I will use my 40 Bulgarians to bring down the government in Oslo.

“I will then invite Ed Miliband to form a government, probably in Britain. Like the people of Tiverton, he will be keen to please me.”