THE Royal Bank of Scotland has been urged to make a series of massive, insanely risky investments in a bid to boost its share price.

With everyone in Britain set to be handed a £1000 slice of the part-nationalised bank, people across the country are demanding a huge profit as quickly as possible.

Nick Clegg, the deputy prime minister and Vince Cable, the cleverest man in Europe, have devised the public shareholding scheme in what economists have described as the closest you can get to a cast-iron guarantee of almost unimaginable success.

Martin Bishop, from Peterborough, said: “They should invest everything in Argentina. Did you know that Argentina means ‘the land of silver’? You literally cannot go wrong.”

Helen Archer, from Newark, added: “Snakeskin will be the next big fashion tsunami. Everything is going to be made of snakeskin – trousers, handbags, aeroplanes. We need to corner the snakeskin market immediately.”

And Stephen Malley, from Hatfield said: “I read an article on the internet that said there’s a lot of money to be made from sub-prime American mortgages. It said I would get a 5000% profit within 48 hours. I like the sound of that.”

He added: “I can’t wait to get the money. I’m going to buy a ride-on lawn mower and then parade around my garden like a fucking emperor.”

Mr Clegg said: “I haven’t worked out all the details yet, but it just feels right – don’t you reckon?

“Personally I think they should invest it all in Japanese nuclear power plants.”

Meanwhile former RBS chief executive Sir Fred Goodwin has said he will sell his £1000 shareholding and use the money to buy some magic beans, which he will then set fire to in the middle of a petrol station.

Elderly drinkers use latest medical advice to wipe themselves 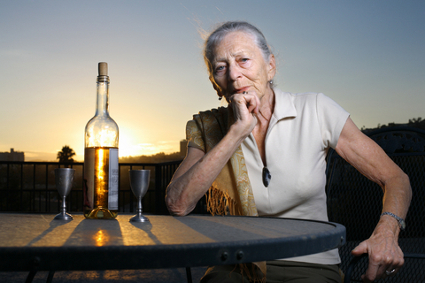 ‘Stick to bothering gullible 20 year-olds with your pathetic, nanny state horseshit’ says every single person over 65