A FRIENDLY email reminder is actually quite hostile, it has emerged.

The email read: “Just a friendly reminder for everyone to stop leaving their horrible, smelly food in the shared fridge. The fridge is for milk and sealed lunches only, not your hideous home-cooked concoctions.

“I’ve spent my whole morning throwing out so-called ‘food’. I couldn’t even tell what some of it was supposed to be and I wouldn’t care to find out. Vile.

“Thank you and have a lovely day.”

Colleague Emma Bradford said: “I watched her write that email. She actually typed ‘you vile, pig-like little fuckers’ at the end but then deleted it.” 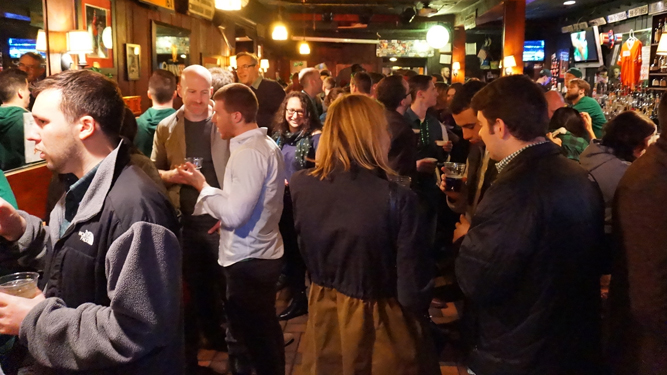 I WANTED to move somewhere that has a thriving local community, but only until 10pm when I go to bed with some Horlicks and a John Grisham book.

As a lifelong member of CAMRA I am appalled by the amount of pubs closing down in the UK, but not appalled enough to stop being a belligerent arse about people being rowdy when they leave the pub next door at midnight.

You might ask why I bought a house next to a pub when I want to go to bed early, and the answer is because when the pub is shut it looks like a bucolic scene from Last of the Summer Wine.

The illusion is sadly ruined when people stumble out of the pub singing and shouting, some of them clearly drunk. If they would just shut up and stop spoiling the peace then I could get on with living in an old-fashioned version of England where everyone wears chinos and goes to church.

Don’t get me wrong – I’m all for community, as long as it doesn’t inconvenience me in any way whatsoever. But it’s win-win for me because if the pub does shut I can moan about that too.