CRATELOADS of sensibly-shaped bananas that were banned under the EU have arrived on British shores.

Children as well as young adults not even born when Brussels issued the ban marvelled as the crates were broken open at Dover and they were able to marvel at the curved bananas they had only seen in picture books.

Through a telescope stationed on the white cliffs, President Jean-Claude Juncker could be seen jumping up and down in fury on the Calais coastline, but to no avail.

Tom Booker, 65, wept openly as he was handed a sample of the forbidden fruit: “I was in Berlin when the wall fell but this is a hundred times better.

“Only last week, if the European authorities had caught me eating a banana like this in public, I’d have been thrown in jail. Now I can eat it without fear.

“In fact I’m going to go down the pub and ask for a pint of beer rather than a Euro-litre, the way I’ve had to since 1975.

“They talk about recession, disinvestment, downgraded credit ratings, the pound to worth roughly a nickel in six months time, and our children facing a future working as novelty chimney sweeps for our future Russian and Chinese overlords.

“It’s all worth it for this bunch of bent bananas.”

Guardian reader secretly loving all this 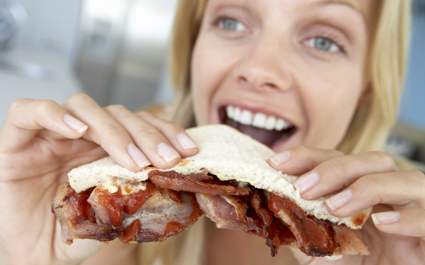 A GUARDIAN reader is secretly enjoying being even more earnest than usual because of Brexit.

44-year-old Tom Booker, from Hackney, has been indulging his emotions since the referendum and is planning to spend the weekend at a special yoga and meditation retreat to process his feelings about the EU.

He said: “The emotional impact has been very severe and I have these bouts of crippling sadness where I need a lot of attention.

“I’ve actually had a couple of days off work sick, because I need to spend some time just mooning around in bike-themed cafes drinking single estate coffee.

“It’s actually been toughest on my wife, because I’m too upset to unload the dishwasher or do other basic household chores.”

Booker is concerned that leaving the EU could affect his work doing some bullshit freelance thing and make Apple products more expensive.

“I need to get a new MacBook Pro because it’s the best computer for looking at YouTube clean-eating cookery videos, but I’m worried that Boris will make everyone have chunky PCs because he doesn’t appreciate good design.

“It’s all terrible, thank god for the new reggae-influenced post-punk band I’ve discovered that you wouldn’t have heard of yet.”