DO you want to make money without having anything of actual merit to sell? Try flogging these toys to gullible kids:

Kids will get excited about any old shit when packaged in a lurid plastic egg covered in sparkly shink-wrapping and, crucially, they don’t know what it is. Encourage gambling and demand by getting kids to make YouTube videos excitedly ‘unboxing’ them, in a vicious circle from hell.

Something shit and old, repackaged

Remember bath salts, those bog-standard crystals your granny used to swear by? Buy them in bulk, repackage them as ‘Magic Fairy Crystals’ and charge £3 per tiny pack emblazoned with a Disney character’s face. You’ll rake it in until the copyright infringement lawyers come knocking.

Slime is cheap to make and kids literally beg for it. Parents hate it because it sucks up dirt, lint, crumbs and pet hair with the intensity of a black hole and then transfers it all over the house. The kids will win because they have the immense consumer power of throwing a tantrum in Sainsbury’s.

It can be disgusting in every conceivable respect, but if a cuddly toy has eyes so big that, if real, it could see 40 miles in the pitch dark, children will immediately fall in love with it. It doesn’t matter that such a creature would be anatomically impossible. They don’t care.

Mind-numbingly basic ‘make your own’ kit

Chuck a few felt tips and a large pebble in a box and sell it as a ‘Make Your Own Pet Rock’ kit. After all, it’s not just kids that are stupid: parents will shell out for any old shit if it will allow them to have a pee and a scroll through their phone in peace once in a while.

'Is it an allergy, or are you just pissing about?' asks waitress 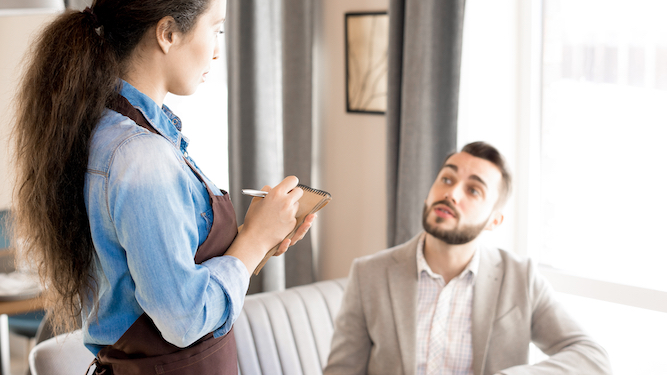 A WAITRESS wants to know if a customer asking which meals are gluten free has a serious medical condition or is being a twat.

Nathan Muir told staff at his local Zizzi that he thinks he might have a wheat allergy, while washing down a basket of complimentary bread with a pint of Peroni.

“If a crumb of gluten gets into a coeliac’s food, their gut could be damaged. If I cross-contaminate a nut allergy sufferer’s food, I need to phone an ambulance.

“On the other hand, if Nathan at table three is a bit worried because he felt sick last time he ate his body weight in carbonara, he will be fine. Annoying, but medically fine.

“But I will explain all of the allergens to him anyway, even if he is pissing about and won’t die if I mess up his order. Even if I want him to.”