THE secret society running the world has announced a 43% increase in Christmas sales of its popular Toblerone bar.

Toblerone is the main revenue stream for the Illuminati, a shadowy organisation that manipulates governments for its own nefarious ends.

The distinctive ‘pyramid’ shape of the chocolate bar’s segments is a direct reference to the Illuminati’s logo. Toblerone packaging also carries an image of the Matterhorn, the hollowed-out mountain that houses the organisation’s main base.

A spokesman for the Illuminati said: “Thank God for Toblerone, because we aren’t making much out of controlling the world’s banking system right now.

“Also, the overheads involved with running the world are pretty massive. For example, we have a whole team of designers whose job it is to subtly incorporate the word ‘obey’ into cereal packet designs.

“That doesn’t even bring in money directly, it’s just about subtly influencing the masses.”

Tom Booker, who got a Toblerone for Christmas, said: “I’d never really thought about it before, but why else would it be that shape?

“The actual chocolate is delicious but you’ve got a mass of angles trying to punch through your jaw.”

Chocolate fan Nikki Hollis said: “Part of the reason I buy Toblerones is to support the Illuminati. I actually think they do a really good job for very little credit.

“They’re like the Lyon’s Club but with more emphasis on mind control.” 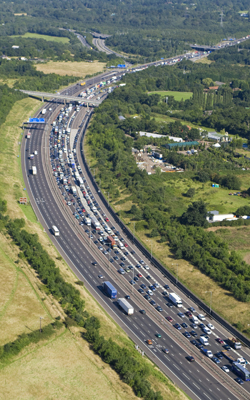 THE government’s ongoing campaign to drive commuters off public transport is having the desired effect, it has been claimed.

As the latest exorbitant train fare rises are unveiled, ministers congratulated themselves on maintaining the popularity of Britain’s roads.

Transport minister Norman Baker said: “This country has spent absolutely shitloads on motorways over the years, but if we had a cheap, efficient public transport system they would hardly get used.

“Imagine the M25 as an empty, spooky expanse of tarmac. Sad, isn’t it? Also cars are so much smaller than trains, and thus better for the environment.

“This is why we’ve been working hard with the rail industry to make trains a tragi-comedy of human misery.”

Besides making trains prohibitively expensive, filthy and staffed by surly pedants, the government has announced a ‘Cars Are Great’ campaign, fronted by ‘Colin the Car’.

A spokesman for the initiative said: “Colin the Car will tour schools, teaching kids about the advantages of car travel over public transport, for example being able to listen to your own music without headphones and chuck drink cartons at cyclists.”

9-year-old Emma Bradford said: “Colin told me I’ll get stabbed if I go on the bus. Apparently walking is dangerous too, so I’ll have to stay home for at least the next seven years.”