TATA, the Indian car giant, yesterday unveiled what it claims is the world's shittest mode of transport.

The company said the 'Nano' – Hindi for 'death turd' – is designed to be both affordable and a complete piece of shit.

The car, to be built initially for the Indian market, will cost around £1200 – roughly 1200 times the average weekly wage and three times the price of a house.

The manufacturers have warned that in certain parts of the country it will be advisable to maintain the top speed of 43mph in a desperate attempt to avoid being chased down by hungry leopards.

The car has no air bags and no air conditioning, despite average Indian summertime temperatures of 150 degrees Fahrenheit.

The company has also cut costs and increased the danger by removing the hand brake and filling the glove compartment with killer wasps.

Tata expects to sell more than 400 million Nanos, despite the fact that most Indians have absolutely nowhere to go.

Motor industry analyst Tom Logan said: "The Nano is likely to be the first in a range of incredibly dangerous pieces of shit and is confirmation that Indians remain the world's most expendable people."

Most Men Still Addicted To Sex With Themselves, Say Docs 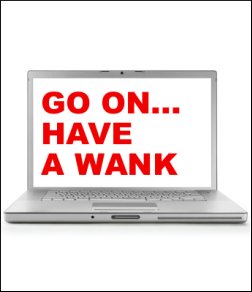 THE number of men addicted to sex with themselves is just about the same as it has always been, a new study reveals.

Hollis, head of relief at the Institute of Hands, said information technology has helped speed-up the self-gratification process.

She added: “In the last decade we have seen a virtual eradication of injuries to the private parts from staples and a sharp reduction in paper cuts, which can be quite nasty.

“We do see the odd penis with screen burn but nowadays it is mainly bad breath, derangement, blindness and calluses that we are encountering, much like we always have.”

Hollis said most men with sex addiction reported themselves pretty happy with their lot, especially the huge amount of sex they were having, with themselves, if not others.

“Some have complained of marital breakdown and the loss of their jobs and families but once they get their cocks in their hands and start pumping away again they are happy as Larry,” she said.