It definitely too late to ask temp's name

IT IS too late for co-workers to ask an office temp what her name is, experts have confirmed.

Colleagues have been passing the short-term contract worker in corridors for the past six weeks, while going to great lengths to avoid using her name.

Sales administrator Nathan Muir said: “Instead of having to say her name, I’ve been gesturing at her like the Fonze when I see her, clicking my tongue, or just saying a really long ‘heeeeeeeey!’

“I’ve shared too many morning greetings and knowing smiles about the coffee machine to admit I don’t know her name now. I think we both know I don’t know it but, as with my marriage, it’s easier to continue living the lie.

“Hopefully her contract will end soon and I can make a fresh start with the new temp.”

Emma Bradford, the temp’s team leader, said: “I’ve been hoping to overhear someone else using her name but I’m starting to feel like nobody else can remember it either.

“Maybe I’ll just call her an obviously wrong name like ‘Rainbow’ and let her correct me.” 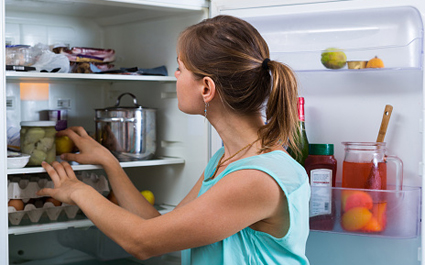 POLICE are searching for whoever puts things like half a sausage back into the fridge.

The manhunt follows ongoing reports of annoyingly insignificant food items like a half-eaten Muller Corner and a thumbnail-sized piece of cheese being left in refrigerators to be ignored until they begin to smell.

Bath-based Tom Logan said: “Last night I opened my fridge to find a bowl containing nine baked beans. What sort of freak decants a small mouthful of beans into a bowl and covers it with clingfilm?

“Also there was a tub of butter that was empty unless you had an electron microscope that could locate the remaining molecules of spread.

A police spokesman said: “One poor woman found a single foil-wrapped sardine stashed behind a tub of Philadelphia. God only knows what the perpetrator planned to do with it.”

He added: “If you are thinking of putting a minuscule amount of food back into someone’s fridge, think very hard about whether you should just put it in your mouth.”