A SIX-PACK of Monster Munch and two toffee fudge milkshakes have been added to the inflation basket to stop children whining.

The Office of National Statistics, which compiles the basket as the basis for inflation rates, had said there would not be any treats because of bad behaviour but gave in somewhere around aisle 12.

A spokesman said: “When we’ve put coffee pods, a bottle of Bailey’s, a PlayStation game and an iPhone 6s in for ourselves, it seems tight not letting the kids have anything.

“We tried to explain that the basket was purely for the purposes of creating a statistical tool, but then they just had a meltdown by the crisps so we said fuck it.

“We lobbed in some Kinder Buenos too, not sure whether that might trigger another recession.” 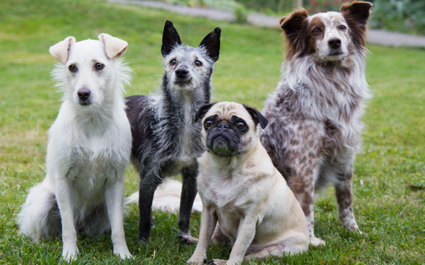 WINNING Crufts would be easy if you practised all day, ordinary dogs have claimed.

Household pets dismissed the idea that Crufts winners were particularly talented or attractive, saying their success was largely down to personal dog trainers and grooming salons.

Yorkshire terrier Roy Hobbs said: “I’d be good at jumping through hoops if I practised 10 hours a day, but some of us have got responsibilities like barking at men who wear hats.

“And you know why those collies can weave between the posts so quickly? Cocaine.”

Labrador Nikki Hollis said: “Anyone can look good if they spend hours at the grooming parlour, but a busy working pet like me is too busy digging.

“Apparently the dog who won Crufts this year is slightly obese with a touch of mange, but they doctor all the pictures with Photoshop.

“The police dog displays are the most fake because even a really thick police dog would realise they wouldn’t allow real criminals with guns at a dog show.”