Manchester-Leeds link to disprove ‘light at end of tunnel’ theory

AN UNDERGROUND road between Manchester and Leeds will disprove the theory that all tunnels have a light at the end of them, it has been claimed.

The planned tunnel under the Pennines is expected to culminate only in a grey, lightless haze at both ends, rendering a key metaphor forever unusable.

Dr Henry Brubaker of the Institute for Studies said: “Manchester and Leeds have both been entirely covered with dense cloud since the Industrial Revolution, populated by bone-white denizens for whom ‘hope’ is the only taboo four-letter word.

“Travelling 18 miles under the Pennines only to find yourself in exactly the same drizzled gloom you left behind will break people, psychologically.

“This tunnel could be as important as the Large Hadron Collider, but instead of discovering subatomic particles it will further our knowledge of misery and despair.”

Leeds resident Donna Sheridan said: “A tunnel with Manchester at the end of it isn’t a tunnel. It’s a missile launch tube.” 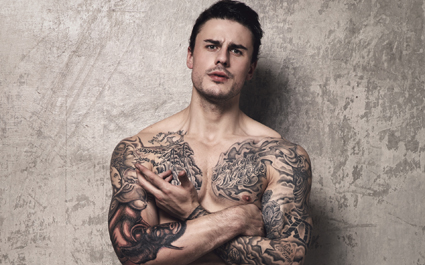 A MAN has so many unsightly tattoos that the best option is to colour all of him in with blue-grey ink, a tattoo artist has decided.

Tattooist Wayne Hayes has ruled out the possibility of improving Tom Logan’s tattoos with high quality additional artwork because they are so numerous and all equally terrible.

Hayes said: “Laser removal of this much bad art would be unbearably painful, and there’s no way I can salvage something as naff as a skeleton in a top hat riding a flaming motorcycle.

“The best option is to colour Tom in until he’s a uniform shade of dark grey. It will look odd but will be a vast improvement on his random jumble of Celtic things, barbed wire and wonky cartoon characters.

“When he’s finished he might look quite dignified in a strange way, like a statue. He won’t have to wash as often either.”

Logan said: “I’ve been planning to do something about my tattoos ever since I looked in the mirror one day and thought, ‘Why am I covered in crap drawings?’”