Ministers believe the only way to get the credit system moving again is to give billions of pounds to the banking sector and then threaten to take it back from them, bit by bit, in multi-million pound fines.

Chancellor Alistair Darling said: "We will use the money raised from the fines to recapitalise those banks that have been forced to pay very heavy fines.

"The banks must then use that money for lending and if they don't they will be fined.

"We will then use the money raised from those fines to recapitalise the banks that have been fined and if they don't lend that money they will be fined. Again."

Mr Darling said those fines would then be used to recapitalise the banks that had been fined before he was interrupted by a senior Treasury official.

The chancellor was then wheeled into the corner of the room where a heavy woollen blanket was draped over his head.

Meanwhile, Tom Logan, an overdraft holder from Peterborough, said: "By all means please do stop me if I'm being a total and utter fuckwit, but if we control the banks and we know what the banks are supposed to do, why can't we just tell them to do it?" 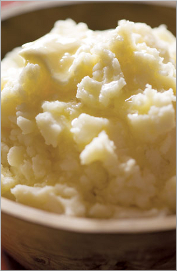 PETER Mandelson has added the pathetic Lapland theme park to his list of businesses that must be saved.

He added: "Christmas is the most businessy time of the year and nothing is more important than Christmassy businesses.

"Future generations are unlikely to forgive us if we do not save at least one tawdry hellhole where they can dump their children for six hours while they continue their search for cheap alcohol."

But opposition parties said the government should not be in the business of picking business winners and stressed that the Lapland theme park was unbelievably pathetic.

A Lib Dem spokesman said: "It's basically two garden sheds and a stuffed badger with a Comic Relief nose.

"The 'elves' are obviously just drunk, angry Welshmen while Santa is a foul-smelling Polish gentleman who lets the children sit on his knee but then gives them a flyer for his plumbing business."

Other firms on Lord Mandelson's list include Corbett and Barker's Stationery and Saddle Emporium, the Coventry and District Pigeon Mart, Betamax Video Recorders-R-Us and the Daily Mirror.