THE story of Jesus’s birth now includes a large red lorry with corporate branding, it has been confirmed.

After infant Jesus and his parents have enjoyed several litres of soft drinks ‘and found the taste to be realer and more pleasing than all rival colas’, they get a lift back to Nazareth in the lorry.

The Bible describes how ‘the red truck did mow down scores of Herod’s men, and it was exciting, like something out of Mad Max’.

On reaching adulthood, Jesus tours the land in the crimson lorry, delivering sermons on Coca Cola’s brand values, handing out cans to beggars and turning water into Cherry Coke.

God later tests the faithful by sending down a plague of type 2 diabetes, and those who remain loyal to Coke are rewarded with a free concert from the angel Justin Bieber. 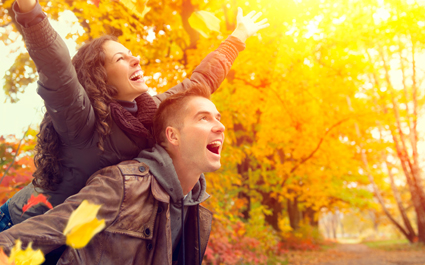 A BOYFRIEND of two months has expressed fake wonder at how the leaves have changed colour.

28-year-old Stephen Malley pretended to appreciate the beauty of nature while walking in a park with new girlfriend Mary Fisher.

Malley said: “When she paused and said how ‘the tints and hues at this time of year are breath-taking’, I immediately knew it was a test.

“I did a sort of dreamy look and said that it reminded me of a poem I read at school, then took some photos of bushes to put on the internet.

“Hopefully by the spring we might have moved onto the stage in our relationship when I can react to her excitement over lambs and daffodils by shrugging and making a huffing noise.”

Fisher, 29, said: “I have no interest in trees but in the early stages of a relationship men expect you to act like a romantic sap. If you don’t they get scared and run away.”