Instagram destroyed my soul – like a dark satanic mirror it reflected back the ugliness of my unhealthy self-obsession. Ive done a Youtube video all about me crying and wearing no make-up but I still feel lost. More worryingly, it turns out I am compelled to mime quotation marks in a very distracting way. Is all hope lost?

My granny loves Instagram. She usually just posts photos of random old lady stuff like her friend Joyce falling asleep on a Stannah stairlift, or getting her varicose veins threaded, or buying a nice piece of corned beef in Morrisons. Granny’s friend Margaret died last week and she had a great time taking selfies with the coffin and taking atmospheric #nofilter shots of the prawn vol-au-vents.

Half-and-half football shirts change according to who's winning 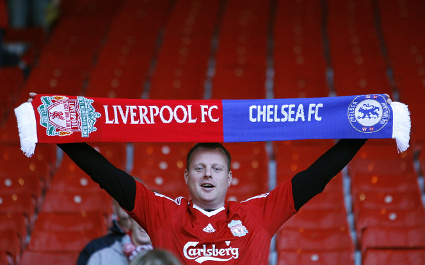 NEW half-and-half football shirts switch their colours and design as play goes on so the wearer is always on the winning side.

The shirts begin a game split vertically between two teams, but use nanotechnology to change to the colours and crest of the winning team within .092 seconds of a goal so that the fan never suffers the pain of losing.

Liverpool fan Wayne Hayes said: “I was at the Chelsea-Liverpool with these half-and-halfers and when Ramires scored I leapt up in rage only to find myself in a sea of blue away shirts, all screaming themselves hoarse with joy.

“I had a couple of nips from the flask, convincing myself the shirts had always been blue, until just before the break when Liverpool scored and they changed back.

“By full-time Liverpool had won and I was surrounded by red shirts again, all of them singing about Mourinho being sacked. I no longer trust anything in the world.”

Manufacturer Martin Bishop said: “Now every fan can leave the stadium triumphant and victorious like they’re leaving a West End musical, and for around the same price.”