THE great essay mills of Northern Britain, which cover the country from Blackpool to Middlesbrough churning out dissertations, may have to close.

The industry employs 80 per cent of the North’s population, with whole families never having known any other way of life but producing academic essays for soft Southern students.

But universities are trying to close the mills down, claiming that they are “cheating” and are produced in “primitive and inhumane” conditions.

Joseph Turner of Stalybridge said: “It’s tough, no doubt about it. I’ve been down the mill since 12 years old, straight from school, and hadn’t been here a week before losing a finger on a dissertation on Mailer’s treatment of women in The Deer Park.

“But we’re proud of doing the work everyone else is too fancy to do, and it’s what we know. Our lads here have produced every essay on Popper’s theories of empirical falsification submitted in the last 20 years. You won’t get that workmanship from China.

“Yes, we’re mostly retired by 45 suffering from MacBook finger and post-modernist’s lung, but without the mills whole communities will be thrown on the dole. It’d be devastating.”

He added: “Southerners. Try asking them to turn out 8,000 words on Austro-Hungarian colonial ambition in the First World War. They wouldn’t have a bloody clue.” 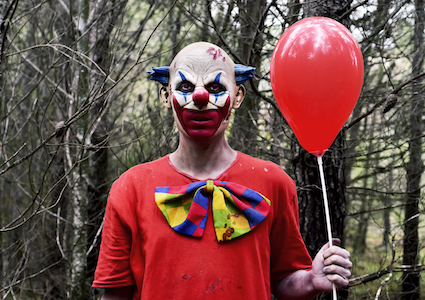 A BRIDE’S pre-wedding nightmare where everything went wrong on her big day turned out to be spot on, it has been confirmed.

Bride, Eleanor Davis, said: “First, my makeup artist pulled out at the last minute, which was exactly what happened in the nightmare. So I had to do my own makeup.

“Then, when I got to the church, instead of my dad waiting to walk me down the aisle it was Mr Lawson, my year four teacher, but he was nine feet tall, dressed as an evil clown and holding a red balloon.

“Then I realised I was one of those blue cat people from Avatar and I’d forgotten my vows. I tried to remember them, but I could only think in a weird hybrid of French and Swahili, which is bizarre, because I don’t speak either of those languages.

“When I got to the altar I knew my fiancé, Steve, would be there but, sure enough, instead of arms and legs, he had tentacles. Then all of our guests started pelting us with fish fingers and the vicar kept running outside to bark at pigeons because he was an Irish wolfhound.”

Davis said the honeymoon was also exactly like her nightmare as the hotel was managed by Lorraine Kelly.