THE creators of Nutella have unveiled a new chocolate product that is taken intravenously.

A spokesman said: “When we first sold our chocolate spread, people thought it would appeal only to gluttons and perverts.

“They underestimated people’s desire to get chocolate into themselves by any means possible. And now they can stick it in their veins.”

Chocoveino user Nikki Hollis said: “It gives me a warm, chocolatey feeling that starts in my lower arm then spreads to consume my whole body.

“I like it so much I stopped going to work and sold all my furniture instead. Now I spend my days lying on a mattress, lost in a brown sticky dream-land.” 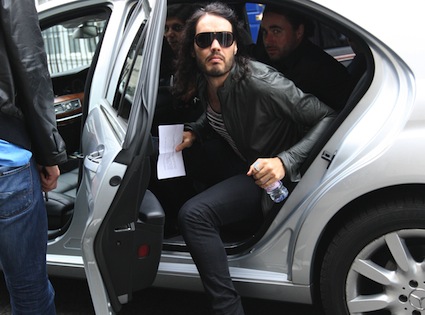 THAT not-voting thing has worked out brilliantly, Britain has told Russell Brand.

33-year old Wayne Hayes said: “I really stuck it to The Man by staying at home on Thursday, even if it does look an awful lot like The Man ended up succeeding beyond his wildest imaginings.”

As two-thirds of the electorate decided not to bother in the European election, the UK will now be represented in Brussels by MEPs who won’t bother voting either.

The long-term plan is for all political decisions to be made in a Mayfair drinking club without the costly and time-consuming exercise of pretending to care less what the public thinks.

“How very un-perspicacious of me ‘umble self to not divine how this whole politics imbroglio might have unfolded.”