Office worker excited about impending 'trickle down' of wealth

Hayes believes the increase in UK output will result in him becoming wealthier, having to work less hard and possibly gaining the love of a beautiful woman.

He said: “I know the so-called ‘trickle down effect’ is going to come any day now, and when it does I’m quids in.

“There’s no way my boss isn’t going to share the wealth, after all I’m only on 13k at the minute which he must feel pretty bad about.

“I’m not sure whether they pay the money straight into my account, or whether pound coins literally trickle through the roof like water from a burst pipe.

“Probably I will pocket the initial massive pay rise then move on to one of the exciting new jobs created by the upturn, like horror film director or test pilot.”

He added: “I told my hot friend Liz we should go out for a meal to celebrate the rise in industrial productivity but she said no. She’ll soon change her tune when I get my Ferrari.” 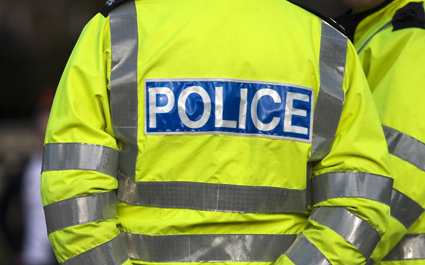 PC TOM Logan is determined to keep busting people for having tiny amounts of cannabis because he is a tosser.

39-year-old Logan is widely loathed by the community and his colleagues for being an anally retentive weirdo with a massive inferiority complex.

Logan’s partner Roy Hobbs said: “If I see a bunch of teenagers smoking a bifter I will usually pretend not to notice or just give them a bit of a stern look. But Tom’s always like ‘stop the car!’.

“Then he jumps out and rolls across the bonnet like an American TV cop. Then it’s full searches all round, which usually results in a nugget of  poor quality hash and a shitload of paperwork.

“I try to tell him we should focus on more pressing things like murders but he says ‘you can’t turn a blind eye to justice’.”

PC Logan said: “We have to send out a stern message to these young criminals of tomorrow. I might only be able to give them a small fine but at least they get a criminal record which will hamper them if they ever try to go on holiday to America.

“I don’t like these druggies and I don’t like their sarcastic manner. And I especially don’t like how they say I look too short to be a copper, which is not correct because I am five foot ten when I’ve got my boots on.