PANIC gift purchase store Past Times has made 574 workers redundant today via the medium of town crier.

The chain went into administration after the recession continued to propel the country back to the dark ages, making the shop’s product line largely superfluous.

Administrators will now begin the process of burying the stock at historical sites across the country to confuse archaeologists, wondering why the Elizabethan spoon they have uncovered has a bar code on it.

Former head of overpriced teatowels, Tom Logan, said: “There was a knock on the door at 7am this morning and some bloke in a tricorn hat shouted ‘thou no longer hast requirement to frequent ye emporium of employ’ and asked me to return ‘mine security passe and permitte for parkyng’.

“Then he handed me my P45 printed out on a decorative scroll tied with ribbon and charged me thirty quid for it.”

Retail experts have conflicting views on why the business failed, from an inability to rebrand itself, to a business model based on unsustainably high overheads, but all agree that a major factor was selling overpriced things that no-one could possibly need.

Logan is hoping this may help him find work in an Apple store and will be stressing his ability to be polite to slow-moving tourists who have no intention of buying anything.

Queen's new boat to be massive waste of private money 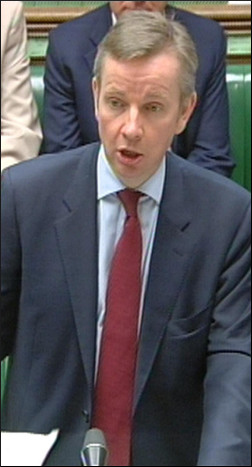 ONLY private money should pissed away on the Queen’s new boat, the government has insisted.

Prime minister David Cameron has called on businesses to contribute to the £80m project instead of using that money to employ more staff or give people pay rises.

He also wants charities to donate to the big boat instead of using their resources to stop people from being unhappy.

He said: “Obviously we are not going to spend public money on this, because I’m not completely out of my mind. Michael Gove is, but that’s why he’s in charge of educating your children.

“This boat will prove to the world that British companies can still come up with ground breaking ways of wasting huge amounts of money rather just setting fire to a big pile of it, like some bloody Italian.”

He added: “As well as giving the Queen something to rub in the face of her skanky Danish counterpart, the big boat will also be a ‘University of the Seas’ where young people can go to learn about water and fish.”

The boat will be two miles long and be dragged from port to port by a team of 200 horses galloping across the sea bed while wearing aqualungs and state-of-the-art flippers.

Designer Roy Hobbs said: “The Queen has given it her full backing but she did insist on it being horse-powered. Also she wants it to look exactly like Balmoral.”