Public to buy Lloyds and destroy it

ORDINARY Britons are to buy Lloyds bank so that they can send it back to the hell from which it came.

The government is selling off shares in the evil corporation, in the mistaken belief that people want to see it thrive.

Plumber Roy Hobbs said: “Lloyds has dicked me at every opportunity and now it’s time the chickens came home to roost.

“I see these shares as an opportunity for semi-legally justifiable revenge.

“As a stakeholder it will be technically ‘mine’ which means I can run around my local branch with a cricket bat, smashing everywhere and saying ‘die, die, die’ in a demented voice.”

He added: “Probably I should just have moved my current account years ago, but it’s hassle.”

Teacher Nikki Hollis said: “I want my say in how Lloyds is run, and my suggestion would be to see it engulfed in flames.

“I reckon we should close all the branches, dish out the computer equipment to poor people and make its hair-gelled loans spivs build a bonfire around its buildings.

“But I bet the smoke from the flames will form the shape of a big menacing black horse in the sky, making everyone worry that the evil will rise again.” 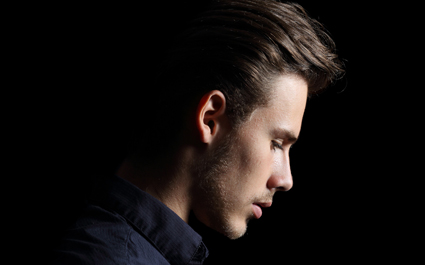 A MAN has found himself unemployed after copying a character from an aftershave advert.

34-year-old office worker Stephen Malley was being grilled about sales targets when he said he ‘can’t be the person I’m expected to be any more’ and walked out.

He said: “Enough was enough. I just got up and strode out of the room.

“In the aftershave advert the walls just kind of fall away, but in real life the door was quite hard to open because I didn’t realise you had to turn the handle.

“While I was struggling with the door my boss asked if I was going to the toilet, I couldn’t think of anything to say except ‘no, and you can all fuck off’.

“I thought they might be more shocked or impressed but they all just carried on talking about what they were doing at the weekend.

“The next day I asked for my job back but they’ve already found someone else who is apparently better. Now I’m just at home watching telly and worrying.”

49-year-old Norman Steele was inspired by a perfume advert to enter a nightclub, grab a woman and drag her onto a fire escape: “I thought she would be into it but she started shouting ‘help’, then the bouncers came and beat me up quite badly.”