GEORGE Osborne has thanked the TaxPayers’ Alliance for its dead pensioners idea, but stressed he is ‘at least five moves ahead of them’.

The think tank had urged the chancellor to cut OAP benefits as soon as possible because many of the pensioners would be dead by the next election, causing Osborne to smile and nod.

The chancellor said: “It’s great to see these young guns at the TaxPayers’ Alliance trying to impress me, but we mapped out that particular concept a while back.

“We’re now much more focused on how we make them die. And the beautiful thing is that cutting their benefits is one of the ways in which you can do that.

But the chancellor said the think tank did deserve ‘an extra point’ for suggesting that those OAPs who did not die would be too demented to remember which party had cut their benefits.

He added: “They’re really getting into the spirit of it. It makes one very confident about the next generation.” 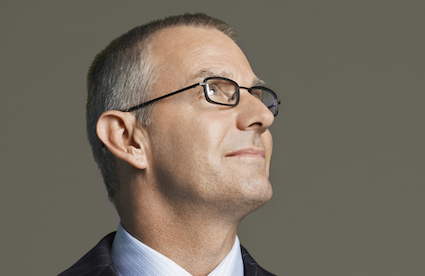 AN appalling man is gearing himself up for an argument over having to pay five pence for a plastic bag.

Martin Bishop, from Stevenage, has spent the weekend studying the regulations in a bid to convince a check-out assistant that his bag is exempt.

“And therefore it must also be free.”

Veteran check-out assistant Margaret Gerving said: “There’s going to be a monumental quantity of high-grade twattishness. I’ve decided to adopt a policy of quiet pity rather than anger.”

Bishop added: “I’m confident the whole thing should take no more than an hour and 45 minutes.”