Ronald McDonald and four other creepy as shit mascots

COMPANIES seem to think that weird, disturbing mascots will make you buy their products, and sadly they may be right. Here are some we’d prefer they hadn’t come up with, though.

There’s nothing more likely to make people crave an underwhelming burger and chips than a garish clown resembling Mick Hucknall in striped tights, right? Surely the only reason for inventing this horror film character was to scare children into stress-eating burgers.

A brilliantly whimsical and postmodern concept to flog an insurance price comparison website, or just a very shit pun? Who cares – despite the detailed fictional universe of Sergei et al, they still look like manky, possibly diseased, vermin. If you found one in your kitchen you’d call Rentokil.

A massive green mutant who wears tunics made of leaves seems more like a Marvel character than the creation of a company trying to sell you tinned corn. Perhaps his most horrifying feature though is how dangerously short his loin cloth is. Imagine his jolly green giant penis.

While the Andrex Puppy was cute, the ad had a sinister subtext. As they were trying to sell toilet paper by implying it was as soft as a puppy’s fur, it became impossible to shake the idea that somebody had at some point wiped themselves using the puppy to test this. Especially after someone had exactly that thought and did a TV sketch about it.

It beggars belief that a cereal company thought the best way to market their product was by using a sort of ripped Furby with a substance dependence on honey. Their ads typically feature the Honey Monster behaving like a junkie trying to score his next bowl of cereal, so maybe there are un-broadcast ones showing him shoplifting to get his next fix, or worse.

Getting letters, and other things that become shit when you grow up 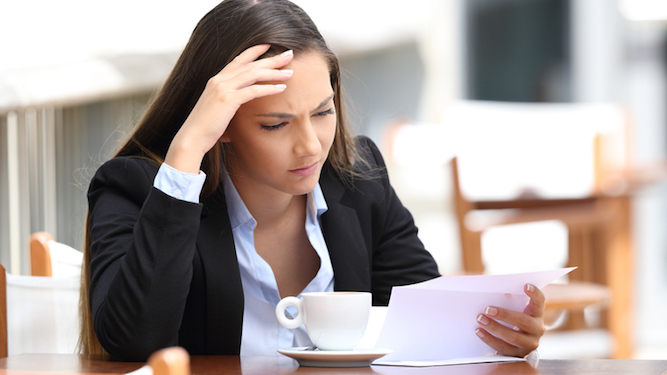 GETTING a letter as a kid was incredibly exciting, but when you’re grown up it’s most likely to be a council tax bill. So what other things lose their magic when you grow up?

Getting post as a child usually meant it was your birthday and the envelope would contain the astronomical sum of £5 from a relative who couldn’t be arsed to buy you a present. Now it’s more likely to be a bill or a summons to do jury duty on a boring fraud case.

You used to spend Sunday night glued to the top 40, fingers poised to press the record button. Now if you happen to catch it you’re perplexed by the strange collection of noises that are currently considered ‘music’ and quickly switch over to the safety of Radio 2.

As a child, answering the phone was a thrill, even if it was just reciting your whole telephone number to the person who’d dialled the wrong number. How times have changed. Today you’ll avoid answering it like the plague as it will either be a PPI scam or an ex who wants to remind you you’re a twat.

Being allowed to cook a meal as a kid gave you access to exciting things like sharp knives and flames. As an adult, feeding yourself every day is just a massive chore and you’ll probably make do with toast for the ninth evening running.

Going to a theme park

Alton Towers was basically Shangri-La when you were a child, a magical wonderland of fun and adventure. Now the thought of going on a rollercoaster makes you want to vomit and you understand why your parents were reluctant to waste a couple of hundred quid on feeling sick.