Time To Abandon Britain As Greggs Becomes Too Expensive

BRITAIN is 'well and truly, Geordie-lass-on-her-hen-night fucked' if people can no longer afford to eat at Greggs, financial analysts warned last night.

Profits have plummeted at the high street baker due to a combination of falling demand and a sharp increase in the cost of whatever it is they put in their pasties.

Tom Logan, meat and pastry analyst at Donnelly-McPartlin, said: "We've always used Greggs as a sort of base line for absolute poverty.

"At the moment things do seem to be hurtling downhill like Frank Spencer on a roller skate. If people can't afford Greggs, then I would say we're about six to nine months away from what I like to call 'Mad Max 2'."

But Greggs insisted it will work hard to retain its customer base by finding new and exciting animals to mince and, if necessary, installing boxing rings at the back of their larger stores.

A spokesman said: "We'll toss in a ham and cheese slice, get two unwed mothers to scrap for it and charge a fiver at the door.

"We'll also take a 10% commission from the local bookie. Our customers love nothing more than betting on a skank fight."

Meanwhile Sainsbury's has admitted the profit plunge at Greggs 'does not bode well' for its Taste The Difference range.

A spokesman added: "We may as well try shifting brithday cakes made of raw tripe with Cherie Blair's face on them." 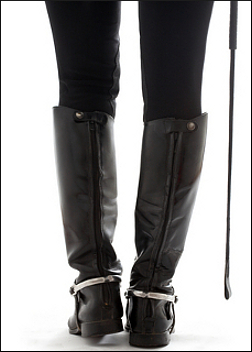 MOTORSPORT boss Max Mosley has accused the press of stealing his dignity rather than the gang of whores he paid to thrash his quivering buttocks with a riding crop.

The FIA  boss said: "I would get undressed in a very dignified manner. Then two of the whores, both reeking of dignity, would drag me to a chair where I would be forced to bend over and present my buttocks with more solemnity than the Queen Mother on Remembrance Sunday.

"I'd then be strapped to the chair with a pair of very dignified leather thongs before the most respectable of the whores started screaming at me in a well- educated German accent.

"Sometimes I would ask one of the whores to put on my Deacon Blue CD so I could sing along while they thrashed all the shame out of me."

Reciting a song from the album, Mosley added: "And I'll sail her up the west coast, through villages and towns. I'll be on my holidays, they'll be doing their rounds.

"Only this time do it much, much harder."