PEOPLE who feel nostalgic about an old supermarket brand have been told to get a f**king grip.

After it was announced that Safeway supermarkets are to return, experts confirmed that nobody should have warm feelings about a supermarket chain that closed in 2005 unless they are a strange type of moron.

Retail consultant Norman Steele said: “It’s good that people are pleased about Safeway returning in some form, but for their own sake I’d advise them to get a fucking life.

“Perhaps they have cherished memories of buying chilled chicken breasts and two-for-one bottles of Ajax. But it’s basically a big unfeeling building full of meat and vegetables.”

Office manager Nikki Hollis said: “I used to love shopping at Safeway in the early 1990s. I was young and in love then and life was so full of promise. Plus the mince was very cheap.”

Electrician Tom Logan said: “I’ve got a Facebook page called ‘Memories of Safeway’ where we reminisce about things like Heinz minestrone soup.

“When I went there as a child with my parents there was definitely a full-sized magic castle next to the sliced ham.” 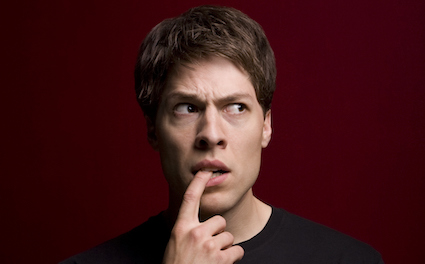 MEN across the Western world are under intense social pressure to become Nazis, experts have claimed.

Researchers at the Institute for Studies found the ‘Alt-Right’ or ‘Nazi’ movement is forcing men who believe in equality to ask themselves if they are actually ‘real men’.

Tom Logan, from London, said: “As well as believing in equality, I also think a lot of our social and cultural traditions are total bullshit, as is our ‘national mythology’.

“I think believing in those things is stupid and sad and I prefer to focus on the future not the past. But now I’m starting to wonder if not being a Nazi makes me effeminate. Perhaps the Nazis are right and I really am a fragile little snowflake after all.”

Logan added: “I do long to be masculine, so if I become a Nazi would it improve my love-making?

“Would I be able to ride a horse like a cowboy? Would it make me better at barbecuing meat?”

Logan continued: “I found a Nazi online and asked him if all the masculinity had made his girlfriend more attracted to him.

“He said he didn’t have a girlfriend but he would ask his mum.”