Emma Bradford vowed never to use Uber again after it tried to profit from a taxi strike like some kind of capitalist money-making business.

However, she decided to reevaluate her principles after realising that her trip home would involve three separate buses and the dreaded ‘Night Tube’.

Bradford said: “There is no app I won’t delete in the fight for social justice.

“But a 20-minute wait at Liverpool Street for a night bus that smells of doners and farts also offends my principles, and I have yoga at 8am.

“I downloaded Uber again in the doorway of a Chicken Cottage, the darkness hiding my shame. But that doesn’t mean I was wrong to make three separate posts about how silence in the face of evil is complicity.

“I’m still just like Rosa Parks, if she was consumed with the need to impress a load of judgemental hippies on Facebook. And didn’t like buses.”

Cat desperate to go outside until door opened 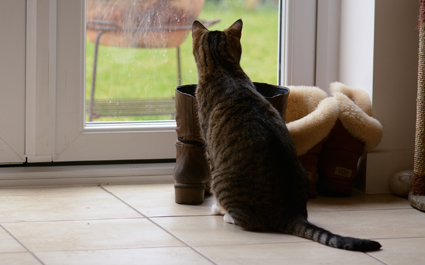 A CAT has rejected the chance to go outside, despite having seemed incredibly keen to do so.

Cat Roy Hobbs had spent 12 minutes meowing at the back door in what appeared to be a clear and unequivocal request to be let out.

However when owner Mary Fisher responded by opening the door, Hobbs immediately freaked out and ran under the table.

Fisher said: “It seemed like at that precise moment he wanted nothing more in the world than to go outside.

“But when I opened the door he looked at me as if I was pulling some sort of devious trick. He immediately backed away and I tried to sort of scoop him outside with my foot but he wasn’t having that.

“I went back into the other room to resume watching telly. That’s when he started meowing at the fucking door again.”