UK breathes sigh of relief as Tesco back in profit

THE UK has properly relaxed for the first time in three years following news that Tesco has returned to profit.

The supermarket giant’s first quarterly sales growth since 2013 means that ordinary Britons can once again sleep without waking every few hours in a cold sweat.

Mary Fisher of Warwick said: “You know when you release a breath you didn’t know you’d been holding?

“Everything, from family life to trying to chill out and watch a movie, has been overshadowed by this.

“I’ve been short-tempered with the kids, I’ve scraped the car I don’t know how many times, and I’ve had absolutely no interest in sex.

“Thank God it’s over. Now I can shop somewhere that’s not such a total rip-off.”

Weekend without festival to be highlight of the summer 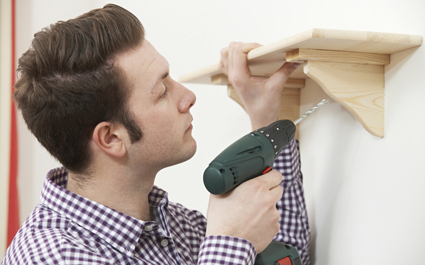 A MAN is hugely anticipating a weekend in July when he will be able to stay at home and not attend a music festival, it has emerged.

Stephen Malley, from Cheltenham, is due to go to a festival almost every weekend from now until September.

Malley, 33, said: “Some of them are going to be massive ones like Glastonbury where I’ll get wrecked for 72 hours then wake up on the Monday wanting to die.

“Then there are a couple of those tedious foodie ones that my girlfriend likes which will mostly involve drinking cava on a blanket whilst pretending to enjoy The Maccabees.

“In between those are relentless local ones based around cider or folk dancing or being a vegan which I’ll have to go along to with my dad or weird Michelle from work.

“The truth is that the only weekend of the summer that I’m genuinely excited about is the one when I can stay at home from Friday night to Monday morning, screw the shelf back onto the bathroom wall and wear my slippers the whole time. It’s going to be epic.”