Truss told the business community and the media that they need to be more positive about the coming asteroid, which will replace the capital with an 180-mile diameter crater.

She continued: “Day after day I see the same moaning faces.

“‘What’s the point in investing in developments that will be atomised in less than two years, Mrs Truss?’ ‘Won’t this badly affect Britain’s standing in the international community, Mrs Truss?’ ‘Can the meteor not be stopped, Mrs Truss?’

“And the BBC, my lord. If I see one more report that begins ‘Despite the meteor, it may be possible for small communities in the Outer Hebrides to survive,’ I swear I’ll write a letter.

“What about looking at the upside? What about the expected boom in traditional hunter-gatherer businesses? What about world-leading low-carbon economy we’ll achieve at a stroke?

“This asteroid has chosen to hit Britain. Not France, America or China. Britain. Is it only me who sees that as an extraordinary privilege? Is it just me who cannot wait?”

'I made you a mixtape', Trump tells Putin 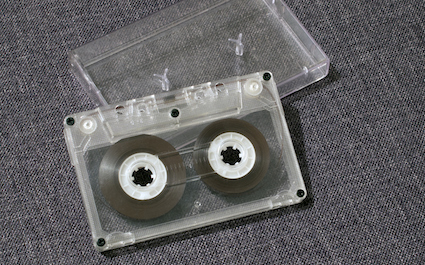 DONALD Trump has given Vladmir Putin a mixtape full of his favourite songs about being tough.

The US president has stayed up for four nights making the C90, hand-lettered in biro with its title ‘Ain’t Got Time To Bleed’, which he will present to his Russian counterpart today.

Trump said: “I make – though they don’t report it – the best mixtapes. And the difference with a mixtape is that it’s personal. You can’t buy it from a store.

Trump added: “There’s Eye of the Tiger from Rocky IV where the American won against the Russian, even though the fake news media said he wouldn’t. He won. You can check that.

“Maybe he’ll listen to it in the Kremlin and then call me. I would like that.”