We know ten per cent is bugger all, customers tell shops

SHOPPERS have told retailers that a ten per cent discount is worthless so they may as well stop pretending otherwise.

Stores offering special Blue Circle sales where all marked items are ten per cent cheaper are panicking at evidence that shoppers know how percentages work.

Joanna Kramer of Tamworth said: “Ten per cent off a £200,000 house purchase, say, is a significant figure and not to be sneezed at.

“Ten per cent off a pair of jeans, however, is £4.60, a figure roughly adjacent to a Starbucks coffee and neither here nor fucking there.

“And 20 per cent isn’t much better. My advice would be to hold off on the massive signs in the windows until you hit 25 per cent at least.”

A spokesman for the British Retail Consortium said: “Shit. I can’t believe they’ve rumbled us.

“If they ever find out that we’re making stuff look cheaper by knocking a penny off so it’s only £49.99, we’re doomed.” 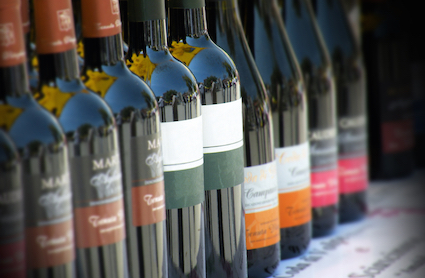 PUTTING a calorie count on alcohol labels is not annoying or patronising, it has emerged.

Health experts admitted they had surprised themselves by calling for something that did not immediately cause millions of people to say ‘what the fuck is it this time?’.

“This feels wrong. We’ll have to double check our research.”

He added: “If we produce sensible ideas then eventually I’ll stop getting media coverage, because the BBC won’t be able to find anyone to disagree with me on the breakfast news.

“What if the label said ‘this contains 800 calories, you big fat mess’?”