EXPERTLY carving a Halloween pumpkin is the new way to demonstrate your virility, men have confirmed.

The standard, crudely-hacked Jack O’lantern is widely considered as sign of impotence by men who spend six hours exactly copying an American design from the internet.

Joseph Turner of Bristol said: “Look at this. From the front it’s a Star Wars stormtrooper, but turn it around and it’s a TIE Fighter pilot.

“It’s not a game for amateurs. You need a set of professional carving tools and buy twice as many pumpkins as you think you need because she is an unforgiving mistress and you will make mistakes.

“Be creative, stay true to your original vision and for God’s sake don’t let the kids anywhere near it.”

The finished pumpkins will be proudly displayed in front windows tonight, wowing men and women alike with the carver’s imagination, wit and skill at manipulating something of such great size.

From tomorrow they will begin to wither away to become shrivelled, disgusting and unappealing to everyone.

Gerrard to take Liverpool fans with him 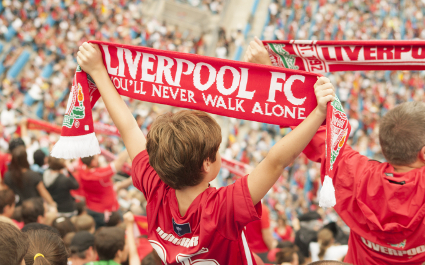 STEVEN Gerrard has told Liverpool he plans to leave the club and take its fanbase of 71 million with him.

The midfielder has decided, after 16 years at the club, to take his title-losing prowess elsewhere and sees no reason why he should do it on his own.

He said: “Week in, week out those fans shout my name, and I know how heartbroken they’ll be if I move to Barcelona, Juventus, or more realistically, Major League Soccer.

“We could all do with a break from Liverpool and it’d be lovely for them to back a winning team for once.”

The club is said to be amenable to the move and is planning to spend the transfer cash on some of the millions of Manchester United fans that are flooding onto the market.