'Who wants to borrow a shitload of money?' asks Bank of England

THE Bank of England has decided now is the ideal time to treat yourself to something expensive to enjoy until it is repossessed.

Following the Bank’s decision to release £150 billion of credit, it has urged the public to make major purchases now because by next year they will not be able to afford the payments.

Mark Carney said: “The UK economy is almost certainly headed for recession and a major slump in house prices, so the time is right for consumers to spend, spend, spend like there’s no tomorrow.

“This will boost the economy in the short term and give retailers an extra fillip in 2017 when they get their goods back and sell them a second time, so everyone’s a winner.

“You probably won’t have a job next year, so book yourself a holiday now. You deserve it.”

Roy Hobbs, an unemployed glazier in Stourbridge, says: “I think the fiscally responsible thing for me to do is take out a loan to finance my fixed-odds gambling habit.

“I have to remember, this isn’t for me. It’s for Britain.” 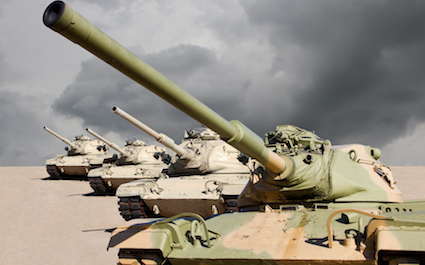 BRITAIN cannot wait to read the Chilcot Report to find out if the Iraq war was an abject disaster or totally brilliant.

The 800-page report, released today, will finally deliver the thumbs-up or thumbs-down verdict on the war that the public have been waiting for until 2003.

Military historian Joseph Turner said: “On the one hand, Saddam Hussain was a bad man with a bad man’s moustache.

“On the other hand the war killed hundreds of thousands of civilians, strengthened Al-Qaeda and then created a new terrorist group who Al-Qaeda feel go a bit far, cost £29 billion and still isn’t over.

“So it’s very much up in the air. Could go either way.”

Mary Fisher of East Grinstead said: “Initially I was into the war because they could hit London with missiles within 45 minutes and I’m a bit further south so it might have been closer to 43.

“Then I went off it because it was dragging on a bit, the desert’s boring to look at, and they didn’t manage to tie in Osama Bin Laden like they’d promised they would beforehand.

“I’m glad they’re deciding once and for all whether it was any good or not. Hopefully after this they’ll move on to the Matrix sequels.”