A MAN who blames ‘baby boomers’ for everything is starting to sound like a racist, people have noticed.

Web designer Wayne Hayes, 25, regularly says things that would be considered hate speech if directed at a racial group, rather than the incredibly diverse demographic born after 1945.

Co-worker Nikki Hollis said: “Wayne blames baby boomers for everything from tuition fees and leaving the EU to damaging the environment. It makes them sound like a crap version of SPECTRE.

“He says they’re the bastards who are responsible for all his problems, but I’m pretty sure billions of old people didn’t set up a huge conspiracy to stop him buying a flat.

“Personally I don’t agree with blaming one group for all society’s ills, because we know where that leads – Nigel Farage on TV all the fucking time.”

Friend Tom Logan said: “He’s starting to sound a bit mad, like he’s planning to blow up a Saga cruise ship or something.

“Also it’s a bit rich to say they’ve ruined everything with their selfishness, because his parents are really nice and gave him loads of money when he was fannying about at university.” 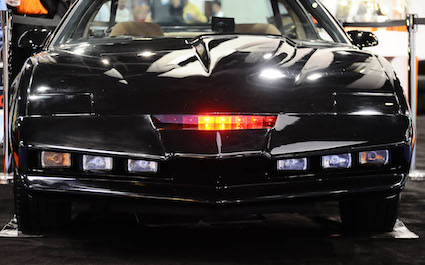 ARTIFICIAL intelligence KITT from Knight Rider has been named as the new presenter of Top Gear.

The Knight Industries Two Thousand apparently has the perfect mix of automotive expertise, childish delight in high-speed thrills and political attitudes not updated since the 1980s to appeal to the show’s core audience.

A BBC insider said: “We did focus groups with Top Gear fans to find out more about what kind of people they’d respond most warmly to, and discovered that they don’t like people at all. They like cars.

“Unfortunately Bumblebee from Transformers is concentrating on movies, the General Lee’s in prison for hate crimes and Street Hawk has actually been living on the streets for the last 20 years, but KITT’s got great chemistry with Matt LeBlanc.

“We’ll just have to keep his hi-octane drinking habit a secret from the viewers, and obviously make sure none of his tirades about cheap Japanese imports make the show or it’d be Clarkson all over again.”

Viewer Norman Steele said: “That’s not right. They should have hired a British one, like Supercar.”