Yorkshire Ripper To Dig For Oil

YORKSHIRE Ripper Peter Sutcliffe has begun digging for oil beneath his Broadmoor cell in the hope of bribing the authorities into letting him go.

In the event of a successful strike Sutcliffe hopes to negotiate his early release in return for full exploration rights and a series of generous tax concessions.

A Broadmoor source said: “As a back-up he’s applied to join the Libyan secret service. He’s written a lovely letter to Colonel Gadaffi and has hired an Arabic translator to help him fill in all the forms.”

Insisting the release was on compassionate grounds, Scottish justice secretary, Kenny MacAskill, said: “Jail is a terrible thing. I remember sitting in a police cell shortly after I was banged up for being completely arseholed at Wembley in 1999 and thinking, ‘no one shoud have to put up with this, no matter how drunk they are, or how many planes they’ve blown up’.”

He added: “And anyway prostate cancer is, quite frankly, a bugger. When you’re facing mortality the last thing you need is to be bothered by a lot of insensitive prison officers and their noisy, jangling keys.”

Meanwhile Scottish government sources stressed the Libyan’s appeal was unlikely to have been heard before he died, mainly because it takes so long to say his full name.

But al-Megrahi’s release has angered the British public with many claiming that when it comes to reasons for denying someone compassion, mass murder is about as good as it gets.

Tom Logan, an accountant from Finsbury Park, said: “If someone who had killed 270 people told me they had cancer, my natural reaction would be to say ‘that must be just awful for you, I hope it’s really sore’.

“I’m pretty sure I wouldn’t come up with some bullshit excuse and then organise a private jet to fly them home.”

Margaret Gerving, a retired headmistress from Guildford, added: “Harold Shipman would never have been released on compassionate grounds and he was a doctor so he would have been really good at faking it.” 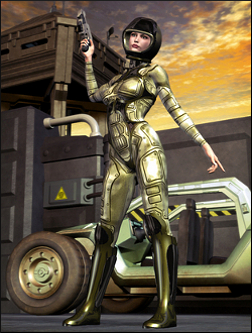 THE new Sony PS3 games console will suck more of your existence into a vortex of pointlessness than the Nintendo Wii and the X-Box put together, the company promised last night.

Sony said the PS3 Slim represented the next level in utterly meaningless, hyper-addictive whirlpools of shapes and colours.

European marketing director, Tom Logan, said: "The new graphics card will make the not real things on the screen look almost as real as the real stuff outside your door, not that you'll ever be going outside again. It's basically just a load of crack, in a plastic box."

He added: "Owning a PS3 Slim is like being besotted with a beautiful but aloof 19-year-old French girl who despises you.

"You will worship her obsessively and she will remain coldly impassive, but you will come to relish the pain as you spiral inexorably downward into lonely insanity and ultimately oblivion. It's that good."

Adult men are already queueing to get their hands on the little black box that will allow them to pretend they are a special-ops ninja marine while slumped against the sofa, in their underpants, at 3am, in an empty house, with their penis out.

IT consultant and games enthusiast, Peter Stone, said:"I'll close the curtains, plug my drip in and play until I drown in my own poop.

"I suppose my wife might complain but, to be honest, I think she may have moved out a couple of months ago. I'd better check."