Athlete To Be Checked For Balls

CASTER Semenya, the big, strong athlete, will today be checked for a pair of balls. Recent photos suggest that if Semenya has balls, they are detachable

Semenya has come under suspicion after pumping her large, muscley arms in a way that made normal girl athletes look weak, vulnerable and pretty.

Officials from the International Athletics Association will today perform an eight-point ball check on the South African.

The test will involve Semenya removing her trousers and pants before a team of gender recognition specialists shine a torch between her legs and start poking about with a long spoon.

An IAA spokesman said: "If we can't see the balls immediately we will then ask her to turn around to make sure she hasn't shoved them between her legs like that freaky bit in Silence of the Lambs.

"If we find at least one ball then there is a 60-70% chance that she's not really a girl. If we find a great, big cock then the chances increase to about 90%."

He added: "We will also be searching her room and her luggage to make sure she hasn't hidden her cock and balls inside an old shoe or an empty milk carton."

Professor Henry Brubaker, of the Institute for Studies, backed the tests adding: "Normally, when there is a suspicion over someone's gender the first question a scientist would ask is 'does she have balls?'.

"If the answer comes back 'yes' then what you've got is either a male human or that strange, halfway-house mutant that usually ends up in an Irish boy band."

People Who Snore Are Just Being Shits, Say Docs 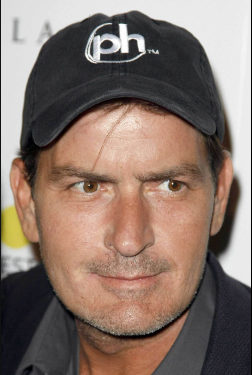 A STUDY of habitual snorers has found that they do it just to be a right pain in the arse. Researchers at Reading University undertook a detailed investigation into how someone can breathe normally throughout the day but then start making a noise like a wild pig being violated by Charlie Sheen the moment their head hits the pillow.

"We found that snorers are fundamentally horrible bastards who lack the integrity to express their bastardry during their normal waking lives.

"What better way to ruin others' lives than by spending all night 'humping the pig' and then come down to breakfast looking perfectly chipper and asking 'Sorry, was I snoring last night?''

One snorer-turned-serial pet murderer who operates under the name of 'Mary' said: "The best was business trips which involved really stressful meetings. I would contrive to share a hotel room with a colleague under the guise of 'keeping costs down, credit crunch etc'.

"At night I would channel the spirit of the Great She-Pig and the spirit of Charlie Sheen and then let rip with a symphony that, if I was doing it right, would make them want to throw themselves through the window.

"They'd feel too awkward to ask for another room, so the pattern of tortuous sleep-deprivation would continue throughout our stay until they were hallucinating minor Disney characters in crucial client meetings."

She added: "We snorers live just to fuck with people. There is absolutely no reason for it. We're like that clown in Stephen King's It."