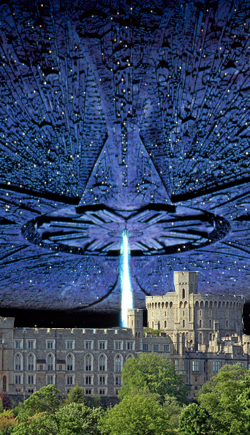 THE government has unveiled ambitious plans to end Britain’s dependence on foreign wind by 2020.

Ministers believe the British economy could eventually burst as a result of volatile Russian wind prices.

Meanwhile experts have warned that hot, dry winds from the Middle East are now arriving in the UK via Italy and France, by which time they are covered in grease and virtually useless.

Under the £250 billion plan, a 1000ft-high Wind Capturing Device will be constructed in the middle of Britain, possibly on the outskirts of Derby or Stoke.

The device will suck wind from the huge reserves just 10 miles above our heads and transform it into a series of high-energy gusts that will be pumped out to sea, feeding Britain’s invincible army of coastal turbines.

Energy minister John Hutton said: “Two years ago a group of experts came to me and said that Britain was sitting on a windmine. I pointed out that it was actually sitting underneath a windmine – in the sky.”

He added: “For too long we have sucked on the fast, easy winds that whistle across the Urals. And – in case you hadn’t already noticed – President Putin is a gigantic bastard.

“As long as he has his finger on the TransEuropean GustFunnel, this country will be at the mercy of corrupt Russian wind magnates.”

“Our vast turbine army will send a clear message to migrating geese that they are not welcome here.

“No longer will Britain have to endure the soft, distant honking of unskilled foreign geese scrounging off our cherished wetlands.”