THE immortal vampire Jesus is on the rampage again after a team of excavators disturbed his ancient coffin.

Archaeologists exploring Jesus’s first century Jerusalem tomb have been found drained of blood after foolishly ignoring the many warning signs about the immortal being’s origins.

Professor Henry Brubaker of the Institute for Studies said: “These poor fools ignored all the clues, not least of which was the massively creepy stone coffin engraved with cryptic symbols that almost certainly don’t mean ‘open this, it’ll be fine’.

“The Bible describes how Jesus mysteriously rose from the dead. He was, to use teenage girl parlance, ‘undead’.

“Also no-one was surprised by his resurrection. That’s because the ignorant Romans put the stakes into his wrists and feet, rather than his evil heart.”

He added: “Furthermore, Christ had a penchant for red ‘wine’, assorted supernatural powers and Christian iconography shows that he is good looking with excellent muscle tone – a sure sign of vampirism.

“The Bible has changed a lot over the centuries, but before becoming today’s confused moral tract it was an exciting true-life supernatural story beloved of the teenage girls of yore.”

Jesus, who has long hair and a beard just like Gary Oldman in Francis Ford Coppola’s version of Dracula, is now believed to be hiding out somewhere in the depths of Jerusalem, preying on the unwary.

Professor Brubaker said: “I keep asking myself, what would Jesus do?

“Probably recruit lots of evil vagrants to make some sort of ‘army of the night’, establish a lair in the cobwebby cellar of a deconsecrated church and then fly around in bat form obsessing about a girl – who he’s never met but whose picture he’s seen in a locket – who looks just like Mary Magdalene.

“That’s what Jesus would do.”

Cameron has concept of strike action explained to him 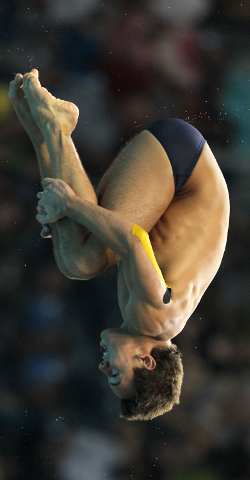 DAVID Cameron has finally grasped the basic concept of industrial action after a gruelling 14-hour tutorial.

The faux-velvet prime minister had previously thought that going on strike involved eating undercooked seafood and had based his profound ideological opposition to it on this assumption.

Cameron said: “So the trades unions will attempt – quite deliberately, mark you – to stop people from doing things they had planned to do? That’s horrid. And they’re even allowed to do this during the Olympics? Really?”

He told the House of Commons: “I have tickets to Usain Bolt and Tom Daley and have told all my friends I’m going. And that’s that.”

The threat of Olympic strike action was raised by Unite general secretary Len Mcluskey after he realised it was the unbelievably obvious thing to do.

Even RMT leader Bob Crow backed the move before asking: “Right, what are we striking about this time?”

The government now wants to reform industrial relations by requiring workers to check with the prime minister’s diary before withdrawing their labour.

A spokesman said: “There’s a couple of Sundays in late August when he will be on a massive Russian yacht while his official look-alike is in Cornwall.”

Cameron added: “So that’s why they stand in front of buildings with their angry placards, is it? To stop people going in? Fascinating.”