ARCHBISHOP of Canterbury Justin Welby will tend the spiritual needs of the Anglican community via LinkedIn, it has emerged.

Welby’s advisors deemed the business networking site to be ‘more professional’ than Twitter.

The archbishop has already made connections with former colleagues in the oil industry and also from earlier part time positions he held at WH Smiths and La Senza.

Welby’s former line manager Tom Booker said: “I was amazed to get a message from Justin. Just like Jesus rising after the crucifixion, it appears my LinkedIn account has survived attempts to delete it.” 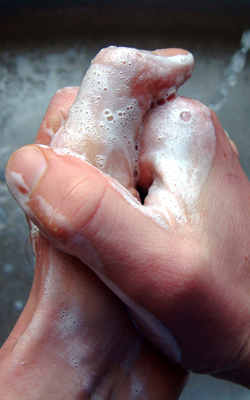 Technology fans had been hoping that Dyson’s eagerly anticipated new product might be a laser gun, tiny metal insects that eat cancer or a robot you can fall in love with.

Futurologist Roy Hobbs said: “So it’s a tap that dries your hands. Has this guy never heard of towels?

“Sorry but there’s a lot of challenges facing humanity in the 21st century and I’m not sure ‘wet hands’ is very high up the list.

“I’ll bet Einstein never worried about hand moisture. He probably never even washed his hands after taking a slash, he was too busy thinking about neutrons.”

Responding to critics, Dyson said: “All that robot, hoverboard, flying car stuff is so clichéd. And anyway, how good would any of that be if you had wet hands?

“Imagine trying to steer your sky-car through the towering organo-steel skyscrapers of a futuristic megalopolis with wet hands. You wouldn’t be able to get any purchase on the steering wheel.

However a Dyson source said: “An expensive tap with a hand drier in it might seem like a fairly shit invention but the implications for civilisation are vast.

“What’s potentially dangerous is that Sir James plans to create a sort of electronic link between the tap, the toilet and the bathroom door – ‘Toiletnet’, if you will.

“These advanced, intelligent taps will have complete control over human toilet habits and basically they won’t let you do a wee until you’ve sworn to do their bidding.”