We will recover from this, pledge fearmongers 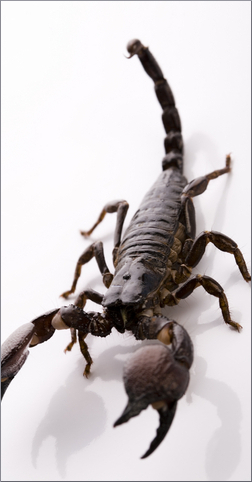 THE death of Osama Bin Laden is a temporary glitch, purveyors of top quality fear have insisted.

The world’s leading fright-mongers said the Tom Clancy death of the world’s craziest scary-bogey man would focus the industry on developing a new state-of-the-art nightmare, probably with giant, razor-sharp tusks and eyes the colour of Satan’s droppings.

Tom Logan, booga-booga-booga analyst at Donnelly-McPartlin, said the US government’s decision to ethnically cleanse the underside of the Western world’s bed was a surprise change of tactics.

He added: “If America keeps making the monsters go away like this then eventually someone might start to ask why they still need so many anti-monster guns.

“And at that point the house of cards begins to look a tad shaky.

“If they have even a modicum of intelligence the fear industry will already be plotting to kill President Obama and his gay friends as well as concocting an army of phantom psychopaths to blame it on.”

In a press release, reprinted without question by every newspaper in the world, Sir Denys Finch-Hatton, chairman of British Anxiety, said: “Any fool knows that the death of Bin Laden will create a million new Bin Ladens.

“And the death of the each of those Bin Ladens will create a million new Bin Ladens until there are so many Bin Ladens that either you or your next door neighbour will be a Bin Laden.

“And you and I both know that you’re not a Bin Laden because you’re just a decent, hard working family trying to make ends meet in a terrifyingly violent world teeming with paedophiles, job losses and the convenience of 24-hour internet shopping. Not like that dodgy fucker next door.”

Meanwhile, the utterly perfect death of Bin Laden has also led to renewed calls for a cut in education budgets with media companies warning that without crazy scary-bogey men everyone will need to be dense enough to think that celebrities are interesting.