FORMER Prince Charles has mixed feelings about his new role as the Queen, it has emerged.

Although she wants to step down, Elizabeth II doesn’t really see Charles as ‘king material’.

A Buckingham Palace spokesman said: “HRH felt that Charles’s leftist, sensitive views on plants and animals made him more suited to a queen role.

“She explained to Charles that it was just like being king except he will be referred to as ‘Her Majesty’, and occasionally wear a ball gown.

“Also Charles must learn to be behave coquettishly around visiting despots and generally deploy feminine wiles in the interests of diplomacy.

“It’s sad really, Charles was bouncing around like a spaniel yesterday prior to the ‘special meeting’ with his mother.

“But he emerged from the room in tears, then punched an ormolu clock and hurt his hand.”

He added: “Still, I’m sure he’ll do a great job until William is old enough to take over. William will make a smashing king.”

Dorries to be used as bait for UKIP freaks 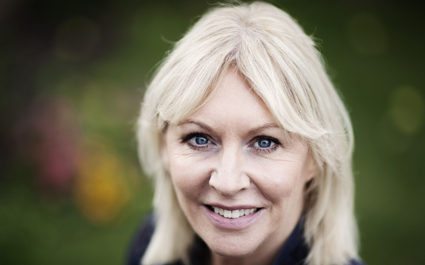 THE Conservative Party has reinstated Nadine Dorries in a bid to lure UKIP voters who like their politics nice and mad.

Party chiefs said the MP, who was suspended for being worse than Anne Widdecombe, now has the prime minister’s backing to be mental on Newsnight.

A party spokesman said: “A referendum bill will take ages whereas most of Nadine’s opinions can convince thousands of people that UKIP is redundant.

“We’re also planning a nationwide poster campaign which will just be a huge picture of Nadine and the strapline ‘This is a Tory’.”