Establishment planning to bring Russell Brand down with sex scandal

THE security services are planning to discredit Russell Brand by having him caught in an affair with a disreputable young woman.

Masquerading as a respectable family man

The comedians popularity among young people is expected to nosedive when he is exposed as just one more public figure unable to keep it in his trousers.

Our nubile, inviting young agent will pretend her cars broken down by the roadside outside Brands home, bait in a honeytrap he wont be able to resist.

Shell submit herself to his animalistic depredations, recording device hidden in her hatpin activated the whole while, and the following Sunday hes exposed in the newspapers.

His followers, disgusted that their idol is nothing but a slave to his bestial lusts, will soon abandon him in favour of someone more worthy of their respect like former Welsh secretary John Redwood.

If the plan fails, MI5 refuse to rule out planting evidence that will smear Brand as a former drug addict. 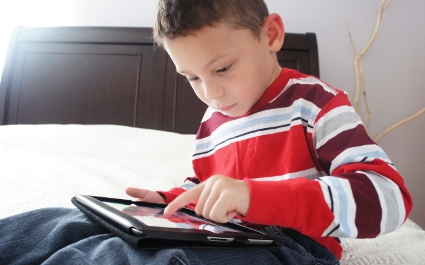 A CHILD of five has asked Santa Claus for a f**king £400 iPad in his Christmas stocking.

Five-year-old Joseph Turner, who should be playing with a wooden trainset, has instead demanded the market-leading tablet computer not possessed by many adults.

Joanna Kramer of Watford said: “He wants an iPad? I want a fucking iPad.

“Unfortunately I have mortgages and car loans to pay, so guess whose chimney Santa won’t be dropping an iPad, an iPad Mini, some shitty Android thing or even a Kindle cocking Fire down this year.

“Enjoy your bastard iPad, you junior dick. Hope you don’t drop it.”

The entitled little shit, who has lied that the device would be educational and teach him to play the piano, looks likely to actually get a perfectly good iPad that should go to a grown-up.

Delivery driver Wayne Hayes said: “Have you heard his mum and dad? ‘Well it’s what he wants.’ Of course it’s what he fucking wants, it doesn’t mean he should get it.

“What happened to getting a Stretch Armstrong and some book about spotting garden birds so you appreciate having your own money to spend when you’re older?”

The nation’s only consolation is that the child will be one of those who runs his parents up a £6,000 bill on in-app purchases.