KIM Jong Un has told Hollywood to stick to sexually attractive vampires or he will have everyone killed.

The fat little dictator said he was a huge fan of Twilight, Trueblood and The Hunger, starring Catherine Deneuve, adding: “Just do that now.”

In a statement read out by a terrified North Korean newsreader, Kim said: “I used to like Steven Spielberg but I’ve gone off him, so please have him publicly executed in the manner of your choosing.

“I much admire The West Wing – Jed Bartlet is my role model – and so Aaron Sorkin will write 200 new Twilight scripts. Each will be better than the last or death will come in the form of a bear.

“And Kristen Stewart and Robert Pattinson will rekindle their romance so as to increase my enjoyment of the films. They are both healthy and attractive and the thought of their intercourse will please me.”

A spokesman for Sony Pictures said: “We have no choice but to obey. He is the President of North Korea and therefore completely invincible.” 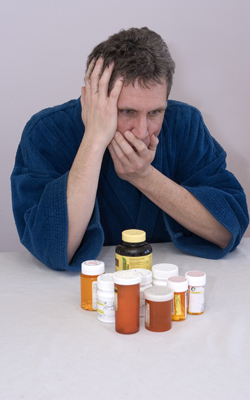 A COMMITTED racist and homophobe has blamed pain-killing medication for a string of cogent arguments in favour of multi-culturalism and gay rights.

Blue one for love, red ones for hate

Tom Booker, 47, from Chelmsford shocked bigoted friends at a lunchtime drinking session with a plea for racial and sexual tolerance.

Fellow bastard Roy Hobbs said: One minute Tom was his usual self, ranting incoherently about how the local council are giving Slovaks free Range Rovers and lesbians spread Ebola.

The next he was mounting a well-reasoned defence of EU freedom of movement policy backed up by verifiable financial data, not just stuff he had heard off a bloke at work.

Booker said: People who know me will confirm that comments such as The LGBT community has contributed an inestimable amount to the culture of Great Britain, and Dr King’s appeal for integration is something with which no right-thinking person can disagree are totally out of character.

I have been taking morphine-based tablets for a hernia and this has plainly created an imbalance in the part of my brain that foments irrational prejudice.

“People who heard these outbursts will think I am a tolerant, humane man. To these individuals I offer profuse apologies.